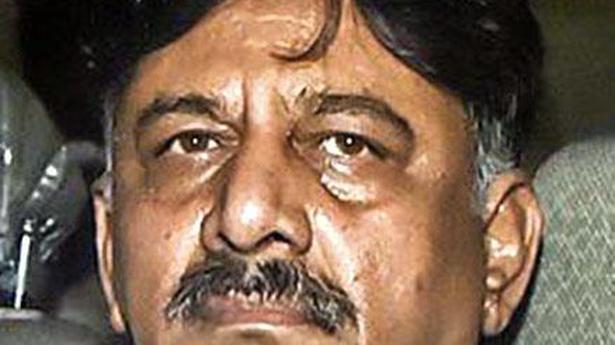 Congress leader D.K. Shivakumar, whose judicial custody in connection with a money-laundering case has been extended till October 25, told the High Court of Delhi that the case was a result of political rivalry and there was not enough evidence against him.

The court was hearing his bail plea. Mr. Shivakumar’s counsel also sought relief on medical grounds, saying his client underwent angiography procedure in September and has been in custody for 45 days. He said his client should not be kept in jail for so many days.

Justice Suresh Kait heard the arguments of the Congress leader’s counsel and listed the matter for the submissions of the Enforcement Directorate (ED) on October 17.

The case was based on a chargesheet (prosecution complaint) filed by the Income Tax Department last year before a special court in Bengaluru on charges of alleged tax evasion and ‘hawala’ transactions worth crores.

He said it was a case only under the Income Tax Act but the ED added the provision of criminal conspiracy under the Indian Penal Code just to make it a case under the Prevention of Money Laundering Act (PMLA) and to justify the arrest.

Senior advocate Abhishek Manu Singhvi, also appearing for Mr. Shivakumar, argued that there was no evidence against him except under provisions of the I-T Act, which are compoundable.

Mr. Shivakumar, arrested in a case under the PMLA by the ED, has approached the high court challenging the trial court’s order denying him bail.

Denying him bail, the trial court had said he was an influential person and if he is released at a crucial stage of investigation, he might influence witnesses or tamper with documents.

Minister for Woman and Child Development Shashikala Jolle has said that steps had already been taken to fill up the vacant posts in the department and already the process for appointment of 52 posts of CDPO and 265 posts of supervisors had been completed. Inaugurating the new building of the Government School for the Visually […]