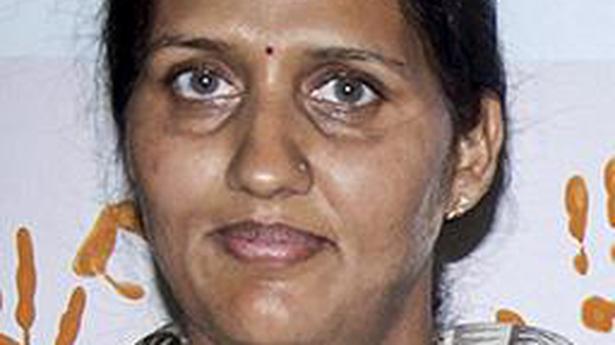 Olympian Krishna Poonia, who won the gold medal in discus-throw in the 2010 Delhi Commonwealth Games, is among the candidates fielded by the Congress for the remaining six Lok Sabha constituencies in Rajasthan. The party had released its first list for 19 of the 25 seats in the State on March 28. Ms. Poonia, elected from Churu district’s Sadulpur in the 2018 Assembly polls, will take on BJP’s Rajyavardhan Singh Rathore, who won silver for shooting in the 2004 Olympic Games, in Jaipur Rural in one of the State’s most keenly watched electoral battles. The BJP has so far announced the candidates for 19 constituencies in the State. No nominations were filed on Tuesday, the opening day for filing of papers for the April 29 polling in 13 constituencies. Businessman Riju Jhunjhunwala, married to singer Amrita Kak, has been fielded from Ajmer. Former MP Bharat Ram Meghwal, who was denied the ticket in 2014, will fight the polls from Sriganganagar.

Devkinandan Gujjar, president of Rajsamand District Congress Committee and former Zila Parishad member, has been fielded from Rajsamand. Rampal Sharma, former Urban Improvement Trust chairperson, will be the Congress candidate in Bhilwara and Pramod Sharma, who joined Congress before the Assembly election last year, will contest in Jhalawar-Baran.

The Supreme Court on Tuesday termed as “very very serious” the revelations made by the Central Bureau of Investigation (CBI) in its fresh status report relating to the recent interrogation of the then-Kolkata Police Commissioner Rajeev Kumar in connection with the Saradha chit fund scam case. A bench headed by Chief Justice Ranjan Gogoi said […]

Karnataka Rajya Raitha Sangha and Hasiru Sene have opposed the participation of Brazil president Jair Bolsonaro as the guest during the Republic Day programme on January 26, 2020. The organisations have urged Prime Minister Narendra Modi to withdraw his invitation to Bolsonaro, considering his stands against the farming community in India. Badagalapura Nagendra, State president […]

For the last three days, hundreds of Muslim women are sitting in Rampur’s Jama Masjid, demanding the release of their husbands, brothers and children, who were arrested after the protest against the Citizenship (Amendment) Act turned violent on December 21, 2019. “Their demand is that the protest was called by the ulemas of Rampur and […]