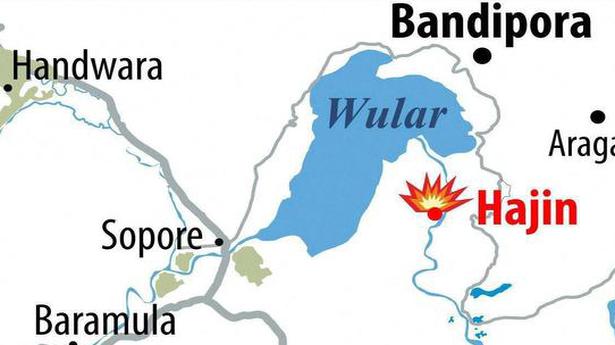 Security forces, with the help of local residents, on March 21 rescued one of the two civilians held hostage by militants after a search operation in the Hajin area of Jammu and Kashmir’s Bandipora district, police said.

Security forces launched a search operation in the area following information about the presence of militants there, a police spokesman said.

“Two civilians were held hostage by the terrorists. With the assistance of security forces, police and community members, one civilian has been rescued while efforts are on to rescue another,” he said.

The spokesman said the hostage still with the militants is reportedly a minor.

Kannada being taught in all but 21 schools: DPI report

While there was a huge uproar in 2019 about the need for schools in the State to teach Kannada as the first or second language in a phased manner, reports collated by officials of the Department of Public Instruction (DPI) claim that all schools barring 21 are teaching Kannada. Out of the 21 schools, 15 […]

The Congress on Friday called Union Minister and BJP candidate from the Amethi Lok Sabha seat Smriti Irani a “serial liar” and alleged that she had “falsified records” of her educational qualifications and submitted contradictory affidavits to the Election Commission of India (ECI) for which, it said, she should be disqualified. Congress spokesperson Priyanka Chaturvedi […]

WhatsApp had informed the Indian government in September that 121 Indian users were targeted by the Israeli spyware Pegasus, but the IT Ministry has contended the information received from the messaging app earlier was inadequate and incomplete, according to sources. Sources at WhatsApp said the messaging platform has responded to the government’s query last week, […]