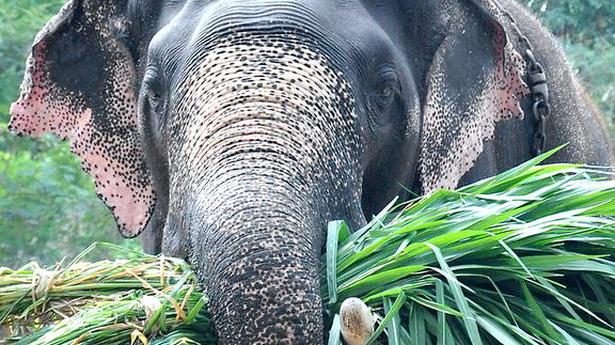 Only 32 out of the 500-odd captive elephants in the State currently possessed valid ownership certificates. Animal rights activists claim that the failure to enforce the prescribed norms could pave the way for the ill-treatment of domesticated elephants.

Responding to information sought by V.K. Venkitachalam, secretary of the Thrissur-based Heritage Animal Task Force (HATF), under the Right to Information Act, the Forest Department revealed that very few had valid ownership certificates in accordance with the Wildlife (Protection) Act, 1972 as well as the Kerala Captive Elephant (Management and Maintenance) Rules, 2012.

While the department had enumerated 521 elephants in a Statewide census undertaken in November last year on the basis of a Supreme Court order, the current population stood at 515 with deaths being reported ever since.

In its report that had been submitted to the Ministry of Environment, Forests and Climate Change following the census, the Forest Department stated that around 480 captive elephants in the State were in the custody of private individuals and temple authorities (Devaswoms).

Among those of which the ownership certificates had expired, only 42 have submitted renewal applications.

While the verification process of the elephants was still under way, the department claimed 249 elephants to have ownership certificates (including those expired) issued from Kerala and 96 from other States.

The government had made efforts to issue ownership certificates as part of an amnesty scheme in 2016, following which a total of 406 declarations were received. However, the Supreme Court had barred the government from going ahead with the process.

The Forest Department maintained that 338 out of the 406 elephants that had been unregistered were alive.

Among them, 54 were suspected to have been transferred illegally and were now possessed by different custodians.

According to Mr. Venkitachalan, while several captive elephants were illegally brought to the State from other places before 2007, the Kerala High Court had ordered the State government to prevent the illegal passage of elephants in November 2008, following a writ passage filed by the HATF.

A lioness in Gujarat’s Gir National Park mothered a leopard cub for more than a month. A study has noted their short-lived bonding as a rare case of foster care between two competing feline species. Elephant seals and sea lions are known to adopt orphans of their own kind. The animal kingdom has two reported […]

The Central Food Technological Research Institute (CFTRI) has dispatched a consignment of ready-to-eat meals to flood-hit Hassan district. The consignment, which left Mysuru by road on Saturday evening, comprises of 4,000 chapatis, 70 kg of chutney, 100 kg of rusk, 6,000 bottles of drinking water, and around 300 kg of ready-to-constitute avalakki mix. While the […]