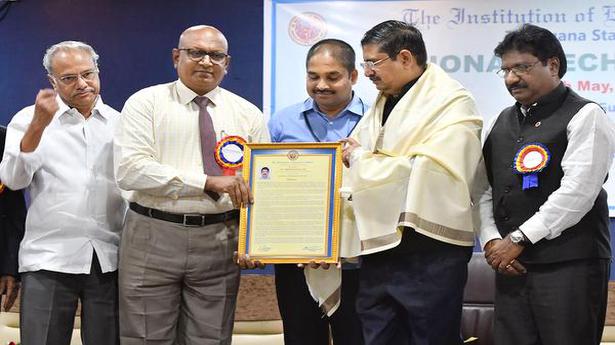 Over two years ago, when scientists at Dr. APJ Abdul Kalam Missile Complex were working on a project to directly hit an incoming missile, the Central government mandated a few of them to develop a missile for intercepting satellite in low-earth orbit.

Though only five scientists were involved when the missile was conceptualised, gradually more came on board and finally when it was tested on March 27 this year, over 450 scientists had contributed to the project.

However, throughout the process, only a core group of five scientists knew they were working on the missile, said Dr. Y Sreenivas Rao, project director of the team which built the Anti Satellite Missile, indicating the level of secrecy maintained around the mission.

Scientists from Research Centre Imarat, Defence Research and Development Laboratory (DRDL), Advanced Systems Laboratory (ASL) and others were involved in the project. On March 27 this year, the A-SAT system had successfully destroyed a live satellite in Low Earth Orbit. While 98 per cent of the missile was made in India, Hyderabad’s contribution was 80 per cent, Dr. Sreenivas said.

At a programme on the occasion of National Technology Day held at The Institute of Engineers (India), Telangana State Centre, here on Saturday, Dr Sreenivas, project director at Research Centre Imarat, spoke about Mission Shakti, its impact, achievements, and concepts they have used to ensure the missile hits the satellite.

The project director said they approached the work with enthusiasm. “Working day and night is a culture at the Mission Complex. We do not call it pressure, it is a culture; we enjoy our work,” Dr. Sreenivas Rao said.

Explosion in Naihati rocks both banks of Hooghly, 2 policemen injured

A massive explosion in West Bengal’s Naihati on Thursday rocked both banks of Hooghly river in North 24 Parganas and Hooghly districts. Non-concrete roofs of a number of houses in Naihati were blown off and glass panels of many buildings, including the municipality in Chinsurah, were shattered due to the impact of the explosion. The […]

Manufacturing: A Future in the Making

The Journey So Far Budget 2019 incentivised multinationals to set up mega-manufacturing plants in sunrise and advanced technology areas via a transparent, competitive bidding process Pending GST refunds due to MSMEs shall be paid within 30 days. In the future, GST refunds to happen within 60 days from the date of application. To make India […]