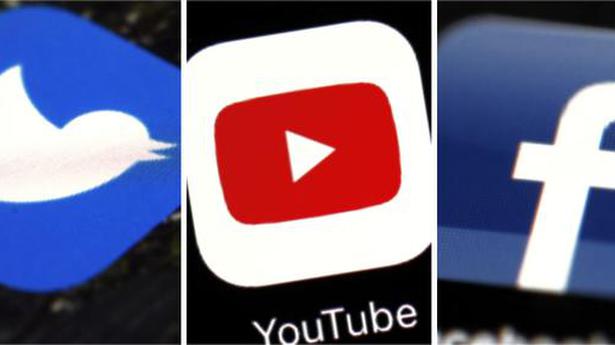 In nearly a month after the model code of conduct came into force, election officials monitoring social media platforms have identified more than 150 posts violating it.

The violations include advertisements paid for by candidates and those that have been reported to the police for being offensive and not in public interest. Besides, after being brought to the notice of social media platforms, some of the posts have been taken down. A social media team is monitoring various platforms and users in the State, and has identified about one crore users.

“Those found to be paid advertisements have been brought to the notice of the returning officer and the election expenditure monitoring committee in the Lok Sabha constituency,” said an Election Commission source.

“We have taken rate cards for advertisements on platforms such as Facebook and YouTube, where the advertisements were found, and have asked the electoral officers to bring the expenses to the candidate’s books.”

Those posts that are actionable under provisions of various laws have been reported to the police, sources said. Among the objectionable posts reported are morphed pictures of candidates over nude images. Sources, however, did not provide any specific cases in which police action has been recommended or initiated. Some posts that have been identified to be in violation of the poll code have not elicited police action and have been “removed in public interest”.

Meanwhile, the office of the Chief Electoral Officer here will seek a clarification from the Election Commission of India about the action to be initiated against persons or organisations who violate the model code of conduct by pushing political advertisements.

Some of the advertisements that have popped up are in violation of the Media Certification and Monitoring Committee (MCMC) guidelines. Sources in the commission said these advertisements have come out without the MCMC certification, which is a must for all advertisements during the poll code period, which will end on May 27.

“We have identified the sites and taken them down. But we are not sure of what action is to be initiated against persons who have violated the MCMC guidelines. We will seek the opinion of the Election Commission,” a senior official told The Hindu. “With regards to hate speech, the logical conclusion is filing a criminal case against the individual. But we are not sure about the logical conclusion with the MCMC certification violations.”

“From Karnataka, some recommendations to remove posts were sent to social media platforms, which then asked us to route them through the EC. We have sought a clarification on this,” a source said.

V. Prakash, former director, Central Food Technological Research Institute, Mysuru, has underscored the need for the formation of cooperative societies of farmers engaged in cultivation of horticultural crops to ensure better price for their produce. On the model of cooperative societies and federations of milk producers, even the farmers engaged in cultivation of fruits and […]

Wanted gangster Sukhpreet Singh Dhaliwal, alias Budda, is being deported from Armenia and will be arrested by the state police upon his arrival at the international airport in Delhi, Punjab DGP Dinkar Gupta said here on Friday. He said in a breakthrough in the campaign against gangsters, the Punjab Police was all set to arrest […]

Cricketing veteran Shane Watson felicitated children from a school in Chennai on October 14. The former Australian cricketer felicitated students belonging to Velammal Vidyalaya. The ceremony took place in Ayanambakkam and Mr. Watson awarded children with medals and trophys. The all-rounder spoke about his cricketing experience including playing with different teams during the Indian Premier […]