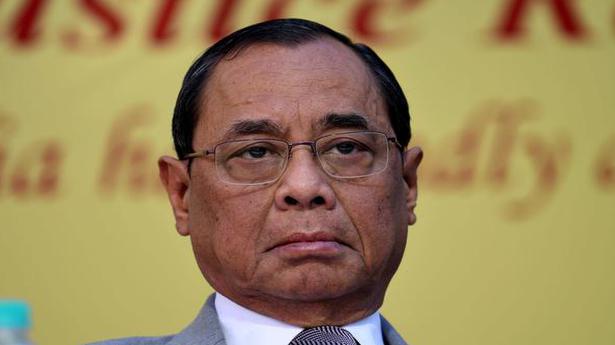 In a letter addressed to the Judges of the Supreme Court of India dated Tuesday April 24, 2019, over 250 women lawyers and academics made an appeal to the apex court for a fair probe on the allegations of sexual harassment raised by a former employee against Chief Justice of India Ranjan Gogoi.

The letter has been reproduced below:

The Judges of the Supreme Court of India, New Delhi

We, lawyers, scholars and members of women’s groups and civil society are shocked at reading the contents of the complaint of sexual harassment and criminal intimidation suffered by a former employee of the Supreme Court of India. An affidavit was submitted by the aggrieved woman to the 22 judges of the Hon’ble Supreme Court detailing the sexual harassment faced by her from none less than the Chief Justice of

India. The 29 pages-long affidavit explained how she was posted in the office of the Chief Justice, systematically pursued at her home and office through calls and messages, encouraged initially with compliments, favours and excessive attention, finally followed by sexual advances. The administrative persecution both by way of termination of employment, and registration of criminal cases against her and her family members came upon her when she rejected the sexual advances made by the Chief Justice.

While the allegations listed in the affidavit are shocking, equally worrisome was the response of the Chief Justice: apart from denying the charges, he constituted a Special Bench along with two other Judges at 10.30 am to hear a matter of “great public importance touching upon the independence of judiciary”. In short, he constituted a Bench to hear his own case! Justice Arun Mishra and Justice Sanjiv Khanna, who were

part of the specially constituted Bench, noted that they will not pass an Order, but nevertheless did so. Referring to the allegations as “wild and scandalous”, they went on to say that such allegations negate the independence of the Judiciary. They also counseled the media to observe restraint. Strangely, the Order did not name the presence of the Chief Justice at whose instance the Special Bench was convened.

Further, there was nothing in the Order which indicated that the Judges passed this Order based upon any investigation by a competent authority.

We are both shocked and saddened that the Chief Justice of India as well as the Special Bench have responded as most men, in public office or in positions of authority and power do, when accused of sexual misconduct. Denial of the allegations, maligning the complainant, citing past histories, imputing ulterior motives to the complainant are familiar and regular devices deployed by accused men. Equally common is the undertaking of vindictive measures including administrative harassment and suits of defamation against complainants.

Not only have the Chief Justice and the Supreme Court of India not set an example by their behavior, but they appear to have moved a step ahead to delegitimize women’s complaints of sexual harassment – they have declared that the allegation is itself an attempt to tarnish the independence of the Judiciary. This is both indefensible and appalling. We fail to see what this has to do with the independence of the Judiciary,

which we wish to uphold as conscientious citizens, but this ought not to be interpreted to mean immunity from investigation when allegations are made.

The Bar Council of India has rubbished the complaint as an attempt to malign the Judiciary and termed it politically motivated. In the absence of a duly conducted investigation or enquiry, we are puzzled about how the BCI, lawyers and judges are concluding with such haste that the complaint is false, baseless and motivated. On 24th April it has been reported that, Justice Bobde, the next senior most judge from

Supreme court has been asked by the CJI to appoint a committee which will enquire into the allegations of sexual harassment against the CJI.

Justice Bobde has appointed a committee with himself as chair and Justice N V Ramana and Justice Indira Banerjee as members. The constitution of this committee with no external member is in complete violation of The Sexual Harassment of Women at Workplace (Prevention, Prohibition, and Redressal) Act 2013. Media reports that this committee will start hearing on Friday 26th April 2019 and that it

has no fixed time frame in which to finish the proceedings, will follow an in house procedure and will not allow legal representation to either parties. While the Mr Ranjan Gogoi may not need legal representation, this is tilting the balance against the complainant, again violating the spirit of the Vishakha judgement and The Sexual Harassment of Women at Workplace (Prevention, Prohibition, and Redressal) Act 2013.

In the given circumstances, keeping in mind the magnitude of the complaint we demand:

a) A Special Enquiry Committee consisting of credible individuals be constituted to conduct a thorough enquiry at the earliest and create an atmosphere of transparency and confidence for the complainant to depose.

b) The Special Enquiry Committee should follow the norms of the IC and accordingly conduct its enquiry.

c) The Chief Justice of India should refrain from transacting official duties and responsibilities until the completion of the enquiry.

d) The Complainant should be allowed legal assistance from lawyer of her choice.

e) The enquiry should be completed within 90 days as stated in the law.

It is these measures which will uphold the dignity and independence of the Judiciary and more particularly, restore the faith of all women, indeed all citizens of the country, in the Judiciary.

24. Forum Against Oppression of Women, Mumbai

Two Ministers among 134 in fray in Rajasthan

Union Ministers Arjun Ram Meghwal and Rajyavardhan Singh Rathore are among the 134 candidates whose fate will be decided in the 12 Lok Sabha constituencies in Rajasthan that go to the polls on Monday. Polling on 13 of the 25 seats in the State took place on April 29, while Bikaner, Nagaur, Dausa, Alwar and […]

Hindutva is a threat to our Constitution

Though he resists the label of ‘Muslim leader’, All India Majlis-e-Ittehadul Muslimeen president Asaduddin Owaisi is the biggest star in Muslim politics today. Turning 50 on May 13, he’s seeking to retain Hyderabad for the fourth time in a row, and is looking to extend the AIMIM footprint, contesting from Aurangabad, Maharashtra, and Kishanganj, Bihar. […]

Five passengers travelling from Hyderabad to Hanamkonda had a miraculous escape after a TSRTC bus collided with a truck here on Wednesday. The incident took place at Pembarthy village on the Hyderabad-Warangal road. The two drivers were seriously injured and five others suffered minor injuries. Local people rushed to rescue the passengers and alerted the […]