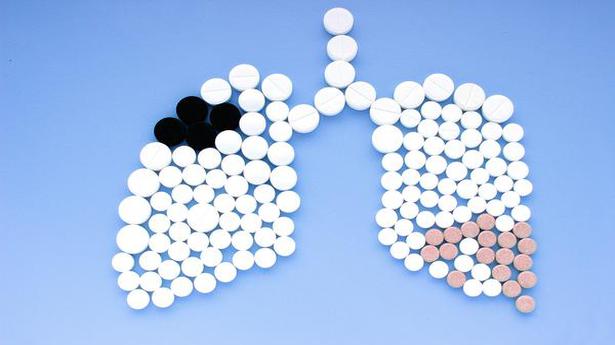 India registered 26.9 lakh incidents of tuberculosis (TB) in 2018, a decline of nearly 50,000 patients compared to 2017 according to a World Health Organisation report.

On the other hand, while the Ministry of Health and Family Welfare estimated the number of TB incidents to be 27 lakh in the same year, only 21.5 lakh of them were notified (reported). Globally, India accounted for 27% of all TB incidents, the highest.

Marginal improvement
The rate of decline of the number of cases, reported by the WHO, has marginally increased between 2014 and 2018. India has aimed to eliminate tuberculosis by 2025.

State-wise split
Nearly 5.5 lakh TB incidents were not reported in India in 2018. Among States and U.T.s, Delhi and Chandigarh had the highest notified TB cases per one lakh of the population while Tripura and Kerala had the least.

Where India stands
India recorded 32 fatalities per lakh people in 2018. India’s standing was comparable to Bangladesh, Afghanistan and Gambia. The chart plots mortality rate (deaths as a % of overall cases) against incidents per one lakh population in high TB burden countries based on absolute number of cases.

Intensity of colour indicates severity of the burden.

Karnataka recorded a pass percentage of 73.7% in the Secondary School Leaving Certificate (SSLC) examination 2018 — an increase of 1.77 % points when compared with last year’s 71.93. As many as 6.08 lakh candidates — of the total 8.25 lakh who gave the exam in March and April this year — cleared all the […]

As the nation awaits with bated breath for the soft-landing of the ‘Vikram’ lander on the south pole of the lunar surface, the first attempt by any country, ISRO said on Friday everything related to the much awaited touchdown is going as per plan. Joining the nation in wishing ISRO a success, Prime Minister Narendra […]

No Eid sweets exchanged by BSF with Pakistan; done with Bangladesh

The event was given a miss as the relations between the two countries are strained at present, officials say Source: thehindu.com Related