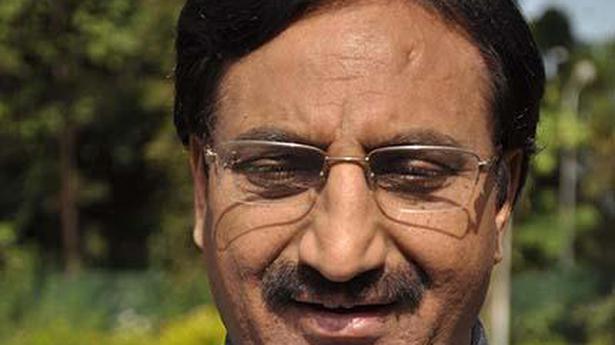 The Human Resource Development (HRD) Ministry has received more than 77,000 comments and letters on the draft National Education Policy (NEP), according to HRD Minister Ramesh Pokhriyal Nishank. The extended deadline for accepting feedback from the public ends on Wednesday, July 31.

“About 5% of the feedback received so far is useful, and will be taken into account,” said a senior HRD Ministry official. The Centre has been sifting through the recommendations and will take the next few weeks to make changes to the draft before it is submitted for Cabinet approval.

According to Ministry sources, the largest number of letters received so far — about a quarter of the total — came from a campaign opposing the draft NEP’s proposal to change school teacher recruitment norms.

The draft policy is scathing in its assessment of current teacher recruitment procedures. “There are few initiatives that explicitly aim to recruit the best performing students, or those that have the most talent for teaching, into the teaching profession. In particular, current teacher recruitment does not involve any interviews or classroom demonstrations that assess motivation and passion; written examinations such as the Teacher Eligibility Test (TET) often have little correlation with teaching ability,” it said.

Recommending a complete overhaul of the system, the draft NEP says that the TETs must be strengthened “through improved test material correlated to capacities of outstanding teachers, both in terms of content and pedagogy.” It also calls for National Testing Agency scores in relevant subjects to be taken into account for recruitment of subject teachers. “Finally, in order to gauge passion and motivation for teaching, a classroom demonstration or interview will become an integral part of teacher hiring at schools and school complexes; these interviews would also be used to assess comfort and proficiency in teaching in the local language, so that every school / school complex has at least some teachers who can converse with students in the local language,” says the draft.

Teachers unions have opposed these moves and organised a campaign to send their feedback to the Ministry. The draft NEP’s recommendation to close down a large number of substandard teacher training institutes has also come under fire, given that local political interests are often involved in the management of these institutions, according to senior HRD Ministry officials.

Private schools have strongly objected to the recommendation of School Management Committees being extended to unaided institutions, arguing that they would usurp their autonomy and independence. HRD Ministry officials conceded that this recommendation may be changed in the final policy.

While further consultations with all State Education Ministers are scheduled to be held after the end of this Parliament session, initial feedback from States on the school education section have been optimistic about the general thrust of the Policy, but sceptical about implementation, said a senior official.

Bengaluru Two sloth bears have been rescued in the State in the last 10 days by the Forest Department and Wildlife SOS team. A three-year-old female sloth bear, which was rescued in Ramanagaram on Wednesday, has been released back to the forest. A 15-year-old male sloth bear was found badly wounded in Ballari district when […]

FM’s statement a joke on the state of economy: Congress

The Congress on Wednesday hit out at Finance Minister Nirmala Sitharaman for blaming the millennials for using Ola and Uber instead of buying cars for the slowdown, calling it a “gross overstatement” and a “grave joke” on the current state of economy. Party spokesperson and Rajya Sabha MP Abhishek Manu Singhvi said at a press […]

Over 400 Russian citizens stranded in India flown back

Over 400 Russian nationals stranded in India were flown back to their homeland by a special flight on Wednesday, according to the top Russian diplomat in New Delhi. A fourth dedicated flight has departed from the Indira Gandhi International Airport in New Delhi with stranded Russian tourists on board. “Today, we saw off over 400 […]