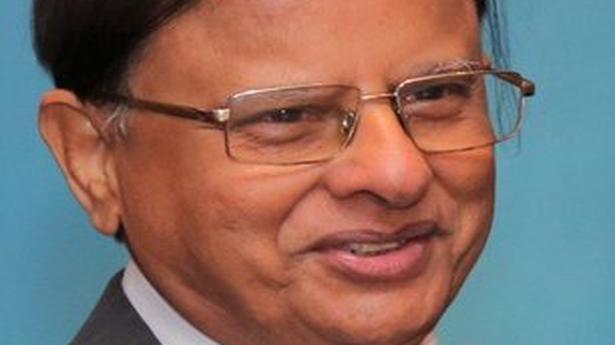 Prime Minister Narendra Modi on Wednesday appointed his most trusted bureaucratic aide P.K. Mishra as his Principal Secretary in place of Nripendra Misra, who recently stepped down from the top job at the Prime Minister’s Office.

In another top appointment in the PMO, former Cabinet Secretary P.K. Sinha, who was appointed as Official on Special Duty (OSD) in the PMO, has now been appointed as Principal Advisor to the PM from September 11.

Both positions will be co terminus with the term of PM or until further order, whichever is earlier, as per the order issued by the Department of Personnel and Training (DoPT).

Dr. Mishra is an old aide of Mr. Modi as their association dates back to October 2001 when the latter took over as Gujarat Chief Minister and he was appointed as his Principal Secretary in the Chief Minister’s Office (CMO).

When Mr. Modi took over as PM in 2014, Dr. Mishra was brought in as Additional Principal Secretary and was looking after the crucial Appointments Committee of the Cabinet (ACC), which makes top appointments at the Centre.

As Principal Advisor, Mr. Sinha will most likely look after policy-related matters in the PMO. He was appointed Cabinet Secretary in 2015 for two years but continued till August 2019 after several extensions.

Assam minister Himanta Biswa Sarma has said that “genuine Indians” left out of the National Register of Citizens (NRC) should not worry while included “foreigners” should not rejoice as long as Prime Minister Narendra Modi and Union Home Minister Amit Shah were around. “I want to make it clear that nothing is final till the […]

The police resorted to retaliatory firing after two of the accused snatched our weapons and opened fire, said Cyberabad Commissioner C.V. Sajjanar, who was part of the 10-member team that killed all the four accused in the gang rape and murder of Hyderabad-based veterinary doctor, in the early hours of Friday. Lorry driver Md. Arif, […]

Russia is gearing up to intensify legislative cooperation with India in the coming months. As part of this process, Lok Sabha Speaker Om Birla is likely to visit Moscow in November, a source said. During the visit, Mr. Birla will hold meetings with leading Russian figures including the Chairman of the Russian Duma, Viacheslav Volodin, […]