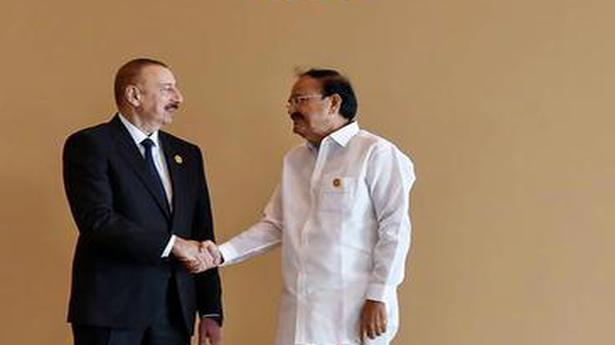 Vice-President Venkaiah Naidu hit out at Pakistan calling it a contemporary epicentre of terrorism, at the 18th summit of Non-Aligned Movement countries at Azerbaijan. The Vice-President was responding to the speech of Pakistan President Arif Alvi, who said that terrorism should not be identified by any nation, region or religion alone. Mr. Alvi also said that the withdrawal of the special status for Jammu and Kashmir was a direct assault on the right to self-determination.

Mr. Naidu reacted saying, “On the subject of terrorism, our thoughts naturally go to its contemporary epicentre — Pakistan. We regret that earlier this afternoon, this August forum was misused to justify once again its [Pakistan’s] long-standing policy of conducting cross-border terrorism against its neighbours.”

The Vice-President said that Pakistan needed to do much more to earn the confidence of the international community.

“It must decisively abjure terrorism — for its own good, for that of its neighbours and for the good of the world,” Mr. Naidu, who is leading the Indian delegation at the summit, said.

Breaking the chain the robotic way

It can limit interaction between patients and health workers Source: thehindu.com Related

The black marketing of darshan tickets continues at the hill shrine despite stringent measures by TTD to contain the menace. The fact that the police have registered as many as four cases during the past fortnight substantiates it. In the latest episode, the TTD vigilance sleuths took two persons, including a TTD employee, into custody […]