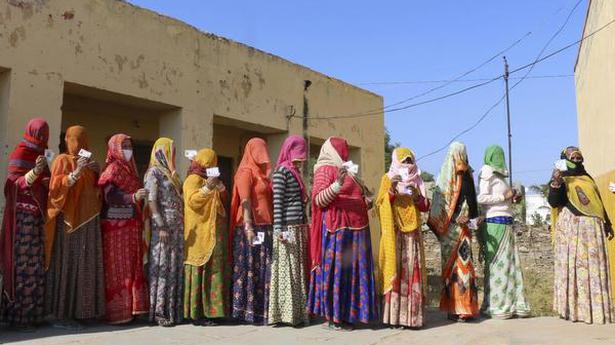 The polling to elect a total of 636 zila parishad members and 4371 panchayat samiti members were held in four phases.

The counting of votes polled in all four phases of panchayat samiti and zila parishad members’ elections is underway in Rajasthan on Tuesday. The counting began at 21 district headquarters, according to the state election commission’s spokesperson.

Elaborate security arrangements have been made for the counting.

Vishwesha Tirtha Swami, the 88-year-old pontiff of Pejawar Mutt, passed away in Udupi on Sunday. He was 88. He was admitted to the Kasturba Hospital in Manipal for the treatment of extensive pneumonia on December 20 and was shifted to the Pejawar Mutt in Udupi on Sunday morning on ventilator after his health condition worsened. […]

Eighteen Nepali Muslims, who recently returned from India after participating in a Tablighi Jamaat congregation in Nizamuddin area in New Delhi, have been identified and kept in a quarantine facility in southern Nepal’s Saptari district, authorities said on Wednesday. Also read | Tablighi Jamaat and COVID-19: The story so far Famed for the shrine of […]