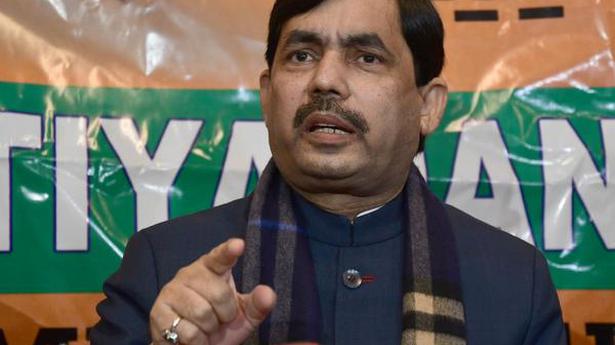 Senior BJP leader Shahnawaz Hussain on Sunday said his party is gaining ground in Kashmir and was able to organise a rally in Hizbul Mujahideen ‘commander’ Amir Khan’s area this week.

“A big rally was held in an area also home to Mr. Khan, who is second in command of Hizbul, on Saturday. People are of the opinion that they are feeling a sense of relief due to the Prime Minister Narendra Modi’s efforts,” Mr. Hussain said.

The BJP leader, entrusted with the job of leading the campaign in the District Development Council (DDC) in the Valley, said, “For the BJP, the DDC polls stand for development, dynasty-free and corruption-free J&K. In contrast, the Gupkar gang try to raise other issues.”

Mr. Hussain said the people of Kashmir were “embracing the BJP in a big way”. He asked militants to leave guns and pick up a pen “as the Narendra Modi government is committed to take Jammu and Kashmir to new heights of development”.

Rain batters life in Kodagu, other parts of South Karnataka

Not consulted on demolition around Jagannath temple: Puri Shankaracharya

Shankaracharya of Puri Swami Nischalananda Saraswati on Saturday said the Odisha government took a unilateral decision to demolish structures within 75-metre radius of Shree Jagannath Temple and he was not consulted on this important matter. Terming the ongoing demolition a conspiracy, the seer said the committee headed by former Orissa High Court Judge B.P. Das […]