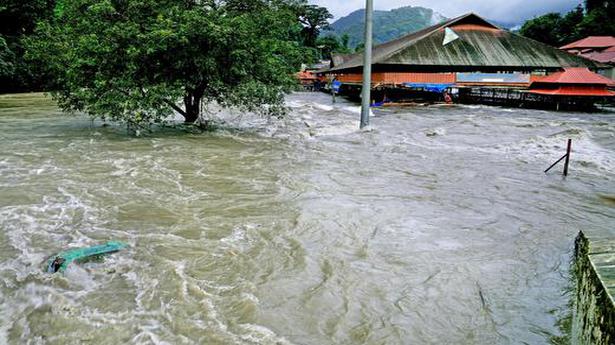 District Collector Adeela Abdulla has urged the people living along the banks of river Pampa to exercise caution. Dr. Abdulla said that shutters of the Maniyar reservoir were opened on Monday morning and the water level in the river is likely to increase.

Officials said that they were keeping an eye on water levels in rivers in Kuttanad and other parts of the district. Meanwhile, heavy rain that lashed the district for the last several hours subsided by noon.

The weather agency has declared a red alert for Alappuzha on Monday.

The portfolio distribution of the Maha Vikas Aghadi (MVA) announced on Sunday seems to indicate that the Shiv Sena is focusing on urban areas, while the Congress and Nationalist Congress Party (NCP) will concentrate on rural areas. The Sena has primarily kept urban portfolios with itself, including the most important Urban Development Department, which controls […]

In the 1850s a group of soldiers of the East India Company saw some exiled Manipuri princes play a game that looked like hockey on horseback. The game was Sagol Kangjei, from which originated modern-day polo. Polo is now played widely across Britain, Australia, Argentina and the U.S., among 70-odd countries. In Manipur the game is deeply entrenched in culture, […]