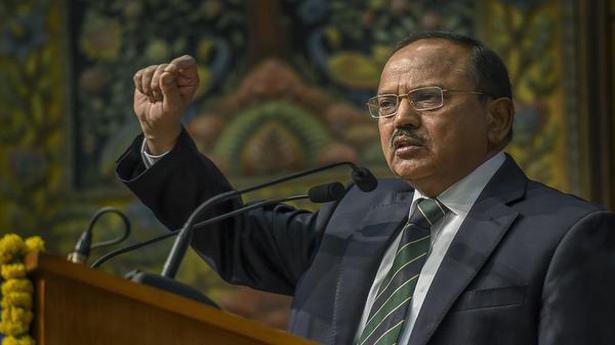 The Central Bureau of Investigation has informed the Delhi High Court that phone calls of National Security adviser Ajit Doval and former CBI Special Director Rakesh Asthana were not intercepted at any point of time by the CBI Special Unit.

Responding to a petition filed in the court seeking probe into alleged illegal phone tapping, the CBI said it “never put any telephone number under surveillance illegally.”

The court had in January issued notices to the Centre and the CBI on the petition by lawyer and social activist Sarthak Chaturvedi.

The Centre, in its response to the petition, said, “the interception by the law enforcement agencies is carried out in the interest of the sovereignty and integrity of India, the security of the state, friendly relations with foreign states or public order or preventing incitement to the commission of an offence as defined in Section 5(2) of the Indian Telegraph Act.”

It additionally submitted that “Rule 419A of the Indian Telegraph (Amendment) Rules 2007 adequately provides for constitution of a Review Committee by the Central government and the State government, as the case may be, to review the directions for interceptions.”

Rule 419A also provides for mandatory forwarding of interception order to the concerned Review Committee.

“The contention of the petition with respect to exercise of the right to speech and expression under Article 19 of the Constitution and protections guaranteed under the Constitution of India is not absolute,” the Centre said, adding that Article 19(2) specifically provides for reasonable restrictions.

Seeking accountability of officials, Mr Chaturvedi, in his plea, sought to constitute a Special Investigating Team (SIT) or direct the Centre to investigate abuse of powers by some CBI officials by allegedly intercepting phone calls of individuals without following due process.

He alleged that some public servants working in the CBI were abusing and misusing power for their ulterior motives.

The State Human Rights Commissions (SHRCs) were asked by National Human Rights Commission chairperson Justice (retired) H.L. Dattu on Thursday to join the common portal — HRC Net — to avoid duplication of complaints, an NHRC statement said. Speaking at the inauguration of the NHRC and the SHRCs meeting here, Mr. Dattu said the State-level […]

2019 Lok Sabha Elections: Congress to contest in Rajasthan ‘without allies’

The Congress party’s decision to contest all the 25 Lok Sabha seats in Rajasthan, where it is in power, “without allies” has been perceived here as the party’s strategy to put pressure on the smaller secular parties to accept an alliance on its terms and force them to agree to a limited number of seats. […]