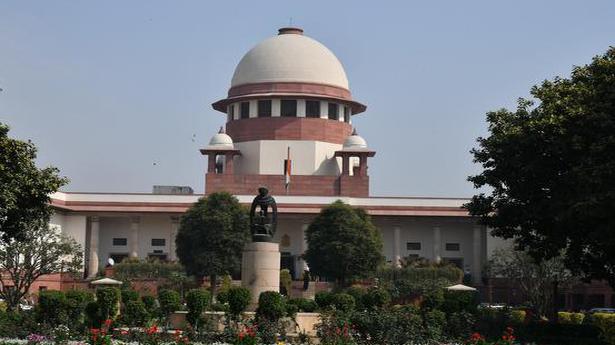 A petition has been filed in the Supreme Court seeking directions to declare all registered and recognised political parties as “public authority” under the Right to Information Act.

The plea, filed by BJP leader and advocate Ashwini Upadhyay, said, “As per section 29C of the Representation of People Act, donations received by political parties are required to be reported to the Election Commission of India. This obligation points towards their public character.

“Therefore, this court can declare that political parties are a ‘Public Authority” under Section 2(h) of the RTI Act, 2005 by reading Tenth Schedule of the Constitution with sections 29A, 29B and 29C of the RPA,” it said.

The plea further said that the power of ECI to allot election symbols to political parties for their recognition and can suspend or withdraw it in violation of the Model Code of Conduct was indicative of their public character.

The plea also sought directions to declare that all registered and recognized political parties should, within a period of four weeks, appoint the Public Information Officer, Appellate Authority and make disclosures under the RTI Act, 2005.

It further sought directions that the EC should ensure that in the event of non-compliance by political parties of the provisions of the RPA, RTI Act, Income Tax Act, Model Code of Conduct and other election laws and rules, they should be de-recognized and suffer other penalties.

The plea said the Central and the state governments have allotted to political parties accommodations at prime locations all over the country either, free of cost, or on concessional rates which amounted to their indirect financing.

“Doordarshan allots free airtime to political parties during elections. This is another instance of indirect financing. As they are the life blood of the entire constitutional scheme in a democratic polity and as they are directly and indirectly financed by the Central and state governments in various ways, they need to be declared ‘Public Authority’ under the RTI Act,” it said.

The plea further said that the ECI spent money for providing them facilities, such as free electoral rolls and free broadcast facilities which resulted in loss of revenue.

“If closely monitored and totalled, the full amount of public funds spent on political parties, would possibly amount to thousands of crores,” it said.

No let up in Maharashtra as positive cases rise to 490

The number of COVID-19 positive cases surged to 490, with 67 new cases being reported across Maharashtra on Friday, and the official death toll rose by six to touch 26 so far. While two deaths were reported from Mumbai, one was reported from Vasai-Virar, one from Badlapur, and one each from Pune and Jalgaon districts. […]

The body of a 15-day-old baby girl was found wrapped in a towel and buried in the Thenpennaiar Riverbed in Tirukovilur near here on Tuesday. Police suspect it may be a case of female infanticide. The police have detained the infant’s father D. Varadarajan, for his alleged involvement in the crime. According to police, the […]

Data in the draft Periodic Labour Force Survey (PLFS) 2017-2018 reveals that the unemployment rate. was the highest for all demographics in the past three decades. The draft report, accessed by The Hindu, also shows that a section of those surveyed are unemployed despite their academic qualifications and vocational/technical training. Sudden spike from 2011-12Unemployment among […]