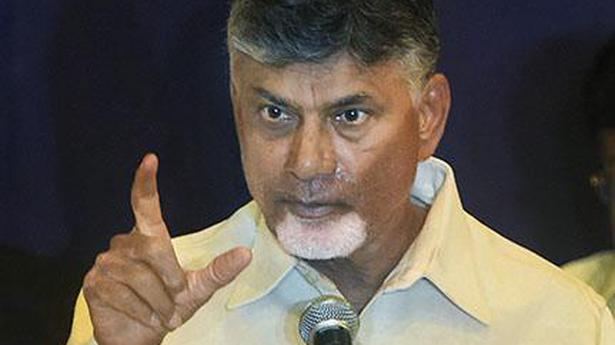 Referring to Prime Minister Narendra Modi’s comment that the people of Andhra Pradesh (A.P.) and Telangana were unable to see eye to eye even after five years of bifurcation, Chief Minister N. Chandrababu Naidu held the BJP equally responsible for it as the Congress and expressed regret that Mr. Modi had never attempted to remove the bad blood between the two States.

In fact, Mr. Modi did great injustice to A.P. and his party entered into a tacit understanding with YSR Congress Party to destroy the TDP. Mr. Modi’s observation that Jharkhand, Chhattisgarh and Uttarakhand had no major trouble after separation exposed his missing of the fundamentals, which was Bihar, Madhya Pradesh and Uttar Pradesh had their capital cities intact whereas A.P. had to lose Hyderabad to Telangana, the CM pointed out.

Addressing a press conference here on Sunday, Mr. Naidu said the above newly-formed States had the support of the Central government in the form of special financial packages but A.P. was deceived by the BJP-led NDA government.

The PM got raids conducted on TDP leaders who questioned the BJP’s inaction and other parties which became a thorn in its flesh were not spared.

The government had asserted itself as far as review meetings were concerned , the CM said, adding that he was visiting the Polavaram project on Monday (May 6) and the Cabinet meeting would be held next week.

Slamming statements by B.S. Yeddyurappa, president, BJP State unit, on the collapse of coalition government in the State after the Lok Sabha elections, Chief Minister H.D. Kumaraswamy said that “many such predictions by Mr. Yeddyurappa in the past on the stability of my government were proved false.” Speaking to presspersons at Anavatti village in Sorab […]

TRS holds sway in all 7 ULBs of Nizamabad

The TRS held sway in all the seven urban local bodies including the Nizamabad Municipal Corporation and the opposition parties could not withstand the ruling party’s electoral onslaught anywhere in the integrated old district. The party, with the support of its ally AIMIM retained the NMC, winning the Mayor post and giving up the Deputy […]