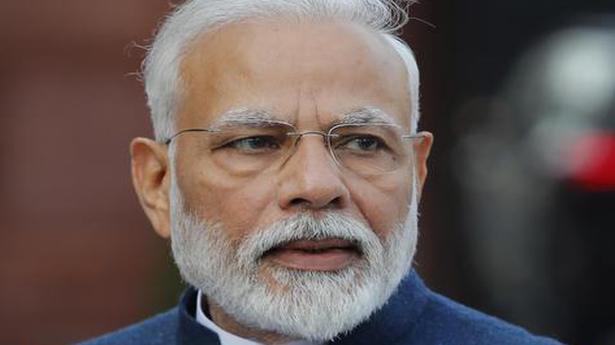 Prime Minister Narendra Modi on Saturday hailed the Indian judiciary for redefining environmental jurisprudence to strike a balance between development and ecological protection.

Speaking at the inaugural function of the International Judicial Conference 2020 — ‘judiciary and the changing world’ at the Supreme Court, the Prime Minister referred to gender justice and said no country or society in the world can claim to achieve holistic development without it.

He referred to laws on transgenders, ‘triple talaq’ and on the rights of ‘Divyang’ (persons with disabilities) and said the government has also taken steps to give rights to women in military services and in providing paid maternity leave for 26 weeks to women.

Referring to the use of technology, Modi said it can help in procedural management of courts and benefit the justice delivery system to a large extent.

“In addition, in the changing times, issues like data protection, cyber-crime pose new challenges for the judiciary,” he said.

Referring to recent judicial verdicts by Indian courts, the PM said 1.3 billion Indians have “wholeheartedly” accepted them despite there being several apprehensions expressed about the consequences.

Speaking at the occasion, Chief Justice of India S.A. Bobde said India is a “melting pot of cultures” and has assimilated cultures of Mughals, Dutch, Portuguese and English.

“Constitution has created a strong and independent judiciary and we have strived to keep this basic feature intact,” the CJI said.

While most doctors were on duty in government hospitals and medical colleges in Pune, residents of the suburbs were inconvenienced as local doctors and private practitioners joined the strike called by the Indian Medical Association (IMA) on Monday. While resident doctors in the city affiliated to the Medical Association of Resident Doctors (MARD) did not […]

The 1,650-MW Rayalaseema Thermal Power Plant (RTPP) at Kadapa bore the brunt of the State’s Renewable Energy (RE) capacities overshooting the Renewable Power Purchase Obligation (RPPO). RTPP had consistently operated at 70% to 80% Plant Load Factor (PLF) till 2015 when the share of wind and solar power in the total energy mix started increasing […]

Panic gripped officials and journalists in Bhopal on Wednesday as a senior journalist, who had attended a press conference of former Chief Minister Kamal Nath and visited the Vidhan Sabha and the Raj Bhavan, tested positive for COVID-19. The journalist is the father of the woman, who was the first case in the city to […]