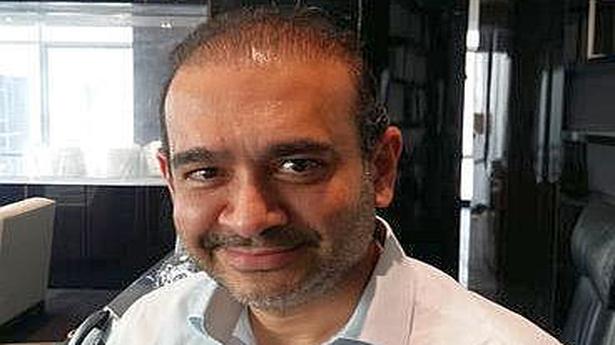 They said the charge sheet or the prosecution complaint has been filed before a special Prevention of Money Laundering Act (PMLA) court in Mumbai.

This is a supplementary charge sheet against the diamantaire and few others and the ED had recorded additional evidences gathered in the case and attachments made, they said.

Further details about its contents are awaited.

The development comes two days after a British daily reported that Nirav Modi, accused in the $2 billion scam, is living in a swanky £8 million apartment in London’s West End and is now involved in a new diamond business.

The ED said on March 9 that the United Kingdom’s Home Secretary has recently referred India’s request for extraditing the tainted businessman to a court for initiating legal proceedings against him.

The ED filed the first charge sheet in this case in May last.

The ED and the CBI are investigating Nirav Modi, his uncle Mehul Choksi and others for alleged money laundering and corruption to perpetrate the alleged scam in the Brady House branch of the PNB in Mumbai that was unearthed last year.

Nirav Modi, 48, is currently living in a three-bedroom flat occupying half of a floor of the landmark Centre Point tower block in London, where rent is estimated to cost £17,000 a month, The Telegraph had reported.

YSR Congress Party corporator, representing the 3rd division of city, Boppana Bhava Kumar was nominated by the party to contest the elections from Vijayawada East constituency. Former MLA Yalamanchili Ravi, who joined YSRCP last year, has been expecting the East constituency ticket. Mr. Bhava Kumar, who is the party in-charge of the constituency, was also […]

Will Shashi Tharoor never learn? The Thiruvananthapuram MP’s grandiloquence was used against him yet again, to rile the fishermen community in Kerala. Tharoor’s tweet saying it was great to see the enthusiasm in a fishing village even for a “squeamishly” vegetarian MP like him was projected as an insult to the state’s fisherfolk. It took […]

Actor Prakash Raj has said that a register on the number of people who are unemployed, number of children who received education has to be prepared but not a registry on citizenship. Addressing members of various student organisations at ‘Young India’s Declaration: Defend Democracy – Defend Constitution’ organised at Dharna Chowk, near Indira Park, on […]