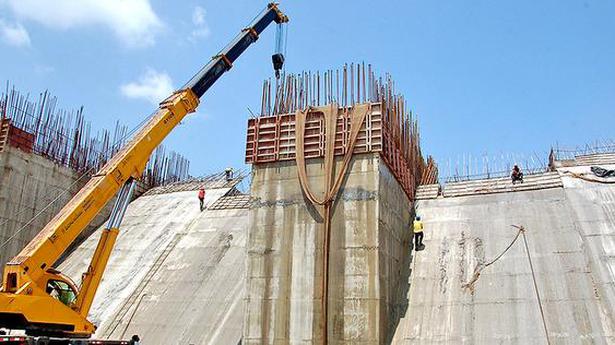 The Delhi High Court has directed the Ministry of Jal Shakti to consider the writ petition filed by economist and writer Pentapati Pulla Rao on the implementation of the Polavaram Irrigation Project (PIP) as a representation and take necessary action as expeditiously as possible after duly hearing his plea on illegalities, corruption and deviations in the project execution.

A two-Judge Bench headed by Chief Justice Narendrabhai Patel questioned why was the Ministry not taking action on the allegations by the petitioner, and rejected the argument by the advocate for the Union of India and the Polavaram Project Authority (PPA) that the Delhi HC had no jurisdiction over it since the issue pertained to Andhra Pradesh.

Mr. Pulla Rao had submitted to the Delhi HC that there were large-scale irregularities in the PIP and that it lacked transparency.

The Union of India was not taking action on the illegalities and allegations of corruption, he charged.

He stated that the officials of the State government had increased the cost of the project from ₹16,100 crore to ₹58,000 crore without consulting the Union of India and taking its expertise despite the PIP being a national project and the entire cost being borne by the Union of India.

The main points raised by the petitioner were that high compensation was paid by way of settlement to influential farmers under the right main canal of the PIP in 2015-16, contract works costing ₹5,000 crore were allotted on nomination basis to contractors without following the procedure and the Central Vigilance Commission guidelines, construction was taken up without appropriate environment clearances, and that the infrastructure of the PIP was being used for projects such as Pattiseema and Purushothapatnam lift schemes, and Godavari-Penna linking without the Central government’s approval.

Besides, the report of the Comptroller and Auditor General of India and the complaints of the MPs were ignored by the officials in the Ministry, the PPA and the National Projects Directorate, the petitioner alleged in his writ plea.

It is shocking that two public sector companies are ignoring the serious environmental impact of mining on the lives and livelihood of the people of Alappad, Narmada Bachao Andolan (NBA) activist Medha Patkar has said. Speaking at the State conference of the National Alliance of People’s Movements (NAPM) at Alappad on Thursday, she said the […]

Congress may pit K. Muraleedharan against P. Jayarajan in fight for Vadakara

Congress workers on March 19 feted MLA K. Muraleedharan amidst strong indications that the party’s central leadership had chosen him to fight P. Jayarajan, strongman of the Communist Party of India (Marxist), in Kannur in the coming Lok Sabha election. They are likely to contest from the Vadakara constituency in north Kerala. Setting the stage […]