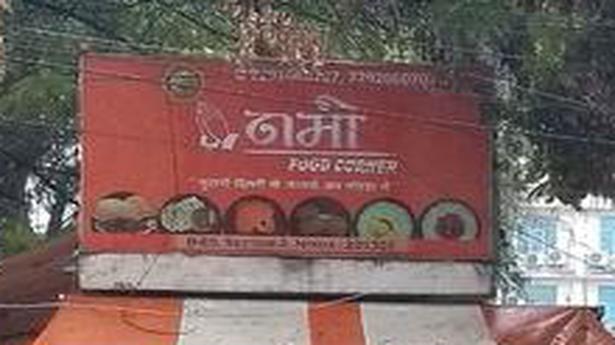 Some policemen on election duty in Noida were served meals in packets labelled “Namo Foods”, following which officials clarified that those were procured from one “Namo Food Shop” and not from any political party.

The food packets, brought in the boot of a hatchback car, were distributed around 9.30 a.m. among personnel deployed in Sector 15A in Noida, the officials said.

“Misinformation is being spread that some policemen have been distributed food from a political party. This is absolutely wrong. At local level, some food packets were procured from Namo Food Shop and not from any political party,” Senior Superintendent of Police, Gautam Buddh Nagar, Vaibhav Krishna said.

“Some people are spreading wrong and politically motivated rumour. There is no official order to procure food from any particular food outlet,” he said, and appealed to people not to pay heed to rumours being spread via social media.

No Kanhaiya for RJD | Bihar

Who’s afraid of Kanhaiya Kumar? The Rashtriya Janata Dal, claim some Left leaders. “Kanhaiya is not only a better orator, he also has national stature, which Lalu’s son Tejashwi may not have,” says a Left leader. While the RJD has agreed to field Sharad Yadav from Madhepura, besides agreeing to contest fewer seats than in […]

Banks are continuing to fund the troubled Jet Airways, which is why the airline is still flying. “The objective is to keep the value intact,” said a banking source on Tuesday, indicating that a loss of value, in case the airline is grounded, will be detrimental for the auction process now under way. “Discussions for […]

Bengal BJP to accord civic reception to Amit Shah

The West Bengal unit of the Bharatiya Janata Party ( BJP) will accord a civic reception to Union Home Minister Amit Shah and BJP president J.P. Nadda for giving citizenship to “ refugees” from Bangladesh at a party rally scheduled to be held in city on March 1. The state unit of the party announced […]