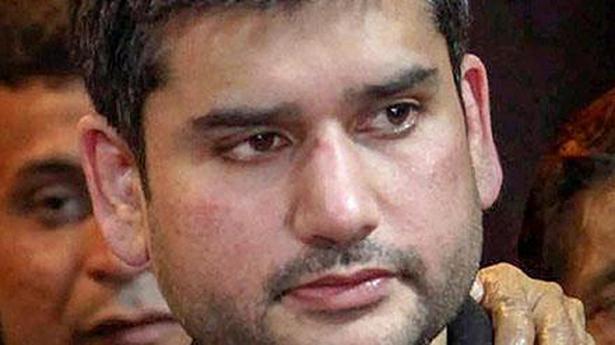 The Crime Branch of the Delhi police, on Saturday, questioned the family members of Rohit Shekhar Tiwari, son of late Congress leader N.D. Tiwari, who the police said was strangulated to death on April 16.

An officer privy to the probe said Additional Commissioner of Police Rajiv Ranjan and Deputy Commissioner of Police Dr. Joy Tirkey arrived at Rohit Tiwari’s Defence Colony residence around 7.30 a.m. The questioning of family members, including his wife Apoorva, mother Ujjwala, cousin Rajeev, and half-brother Sidharth, continued through the day beyond 8 p.m. Several other officers also joined the interrogation later.

During questioning, Ms. Apoorva was allegedly asked about her relationship with her husband and her routine on the day of the incident and the previous day. Other family members and house help were also questioned.

Sources said a servant has claimed that Ms. Apoorva and Rohit often slept in different rooms. Before the questioning by the police, Ms. Ujjwala said the couple’s relationship had become strained just a few days after their marriage in 2018.

Ms. Apoorva’s father Padmaja Shukla, however, said there was no marital discord between the two.

Ms. Ujjwala said she and Rohit had gone to Haldwani on April 11 to vote and had planned to return the next day but decided to stay back and visit N.D. Tiwari’s place of cremation.

“He [Rohit] was upset about his political career not taking off,” Ms. Ujjwala said.

The mother and son returned on the night of April 15 after which they all had dinner together. Ms. Ujjwala then returned to her Tilak Marg residence.

On Ms. Apoorva, Ms. Ujjwala said, “If I didn’t trust her, would I take her everywhere for the last rites? I don’t know what’s happening.”

Although the government has been promoting farm ponds to help farmers irrigate their fields and recharge groundwater, the response in Udupi has been tepid compared to other districts of the State because of small land holdings. Yet farmers are slowly opting for the farm ponds. Under the Krishi Bhagya Scheme, the minimum size of landed […]

Two leaders of the Bahujan Samaj Party (BSP) were on Tuesday garlanded with shoes and slippers by irate party workers who blackened the faces of the two men before parading them on donkeys, the fallout of the recent defection of all six MLAs elected on a BSP ticket in Rajasthan to the State’s ruling Congress […]