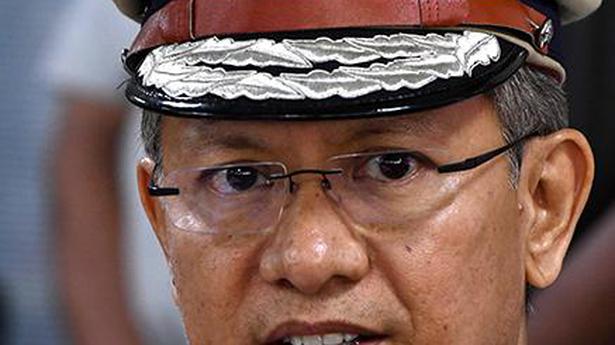 Health, well-being and welfare of the police personnel will continue to be on top of the State government’s agenda, according to Director-General of Police Gautam Sawang.

Addressing the media in connection with Police Commemoration Day to be held on October 21 at Vijayawada, Mr. Sawang said that provision of weekly off to the police personnel in the ranks of constable, head constable, ASI, cashless treatment under Arogya Bhadratha scheme, loans on a subsidised interest rate, interest-free loans for performing weddings in a family are some of the new initiatives taken for the police welfare.

“The Police Housing Corporation is also studying the Tamil Nadu model of providing a house for every one and is exploring various options.”

The week-long events to mark the Police Commemoration Week began on October 15. Police units in Commissionerates, District Police Offices, Special Police Battalions have conducted Open House with the objective of promoting a healthy police-people relationship, in which 1.84 students from 2,511 schools participated.

Essay-writing and elocution and painting competitions for students were conducted on road safety, women empowerment and use of technology to prevent crime. Blood donation camps were held across the State in which 10,513 units of blood was collected. Mini marathons were held at all police units to promote awareness about health and fitness. Swachh Bharath campaigns were also held across all units.

“The AP Police is also first in the country to begin a Bhadratha scheme through AP Police Department Employees Benevolent and Thrift Mutual Association through which police personnel can avail loans to build houses, perform weddings in a family with a 5 % of interest. The loans sanctioned during 2018-19 are to the tune of ₹26.10 crore. Under Arogya Bhadratha scheme, police can avail cashless treatment.”

The Police Department has also shown its concern towards the families of police who have died in the call of duty. An amount of ₹1.28 crore was sanctioned and disbursed to widows of 198 deceased personnel.

Welfare of Home Guards was also in the priority list of AP Police with the government deciding to enhance the monthly income to ₹21,300 from ₹18,000. Home guards would also get medical cover through EHS, and Arogyasri.

The Bharatiya Janata Party has fielded two ex-Congress legislators Alpesh Thakor and Dhawalsinh Zala from Radhanpur and Bayad for the Assembly byelection in Gujarat. The party has also announced candidates for the remaining four seats. They are: Jagdish Patel from Amraiwadi in Ahmedabad, Ajmalbhai Thakor from Kheralu, Jignesh Sevak from Lunavada and Jivrajbhai Patel from […]

As COVID-19 cases surge in Indore, a 28-year-old medical resident postgraduate student and a policeman tested positive for the illness in the city on Wednesday night. As soon as the doctor from the gynaecology department tested positive, she was admitted to the hospital, according to a bulletin issued by the Mahatma Gandhi Memorial Medical College, […]