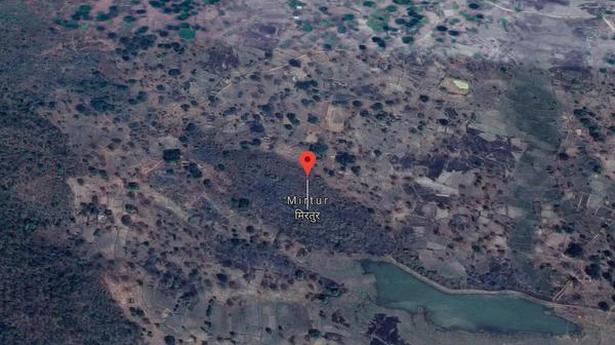 A policeman was killed by Naxals at a weekly market in Chhattisgarh’s Bijapur district on Sunday, a police official said.

The incident took place around 2 pm when assistant constable Chaitu Kadti went to the market in Mirtur village with his family, he said.

A ‘small action team’ of Naxals (typically comprising four to five cadres) suddenly stabbed Mr. Kadti with knives, killing him on the spot, and fled, the official said.

The rebels did not harm the family members of Mr. Kadti, who was posted at Mirtur police station, he said.

On getting information about the incident, a police team rushed to the spot and sent the body for postmortem, the official said. A search was underway to nab the assailants, he added.

Udupi administration gearing up for polls

Deputy Commissioner Hephsiba Rani Korlapati said on Monday that all arrangements were being made for the smooth conduct of elections for the Udupi-Chikkamagaluru parliamentary constituency. Addressing presspersons here on Monday, Ms. Korlapati said that the notification for the polls would be issued on March 19. The last date for filing of nomination papers was March […]

Boys drowns after falling into pit near Virudhunagar

A three-year-old boy, M. Rudran of O. Kovilpatti, drowned in a pit dug up for constructing a rainwater harvesting structure at his grandfather’s house in Ondipulinaickanoor near here on Wednesday. The police said that the boy had gone to his grandfather Manikandan’s (60) house a few days ago. Mr Manikandan had dug up a pit […]