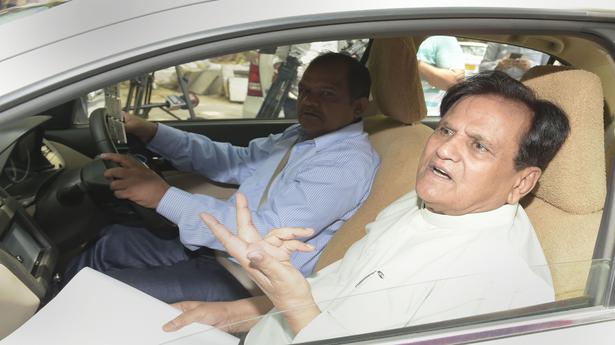 A group of senior Congress leaders met here on Wednesday to discuss the upcoming Assembly elections in Maharashtra, Haryana, Jharkhand and Jammu & Kashmir. Briefing the media after the meeting, chief spokesperson Randeep Surjewala asserted that party president Rahul Gandhi would continue to lead the party.

“An informal meeting of Congress leaders was held today under the guidance of A.K. Antony,” Mr. Surjewala said. “The preparations for the four election-going States — Maharashtra, Haryana, Jharkhand and Jammu & Kashmir — were discussed. We did not discuss anything else,” he added.

Jammu and Kashmir Governor Satya Pal Malik on Wednesday said the ruling elite involved in corruption in the State “will face action soon”.

Speaking at a press conference on the achievements of his government, the Governor said corruption in the State was more than in any other part of the country. “There were two major cases of corruption, involving ₹150 crore each. I apprised Prime Minister Narendra Modi and got many deals cancelled where middlemen were offering kickbacks. Many powerful people, with access to the PM, were involved in it. Ruling elite in J&K has been a part of the corruption. You will hear big news soon involving former Ministers,” he said.

Amidst all the stress and tensions of crowd management at the Athi Varadar festival in Sri Devarajaswamy temple, Kanchipuram, Wednesday morning brought happy tidings for a couple — Transport corporation driver E. Ashok Kumar and his wife Vimala from Banavaram in Vellore district, who gave birth to their third child. And the baby boy, weighing […]

The famous Palani panchamirtham, given as ‘prasadam’ at the Murugan temple there, has been granted the Geographical Indication (GI) tag. This is the first time a temple ‘prasadam’ from Tamil Nadu has been bestowed with the GI tag. The application was filed by the Joint Commissioner/Executive Officer, Arulmigu Dhandayuthapani Swamy Thirukkoil, North Giriveethi, Adivaram, Palani. […]

BJP, AJSU candidates pitted against each other in Jharkhand

After its NDA ally, the All Jharkhand Students’ Union or the AJSU Party announced its candidate against BJP Minister Amar Kumar Bauri from Chandankiyari, the BJP on Saturday hit back with its nominee on a seat from where the AJSU Party Minister is in the fray. Fourth list In its fourth list of three candidates […]