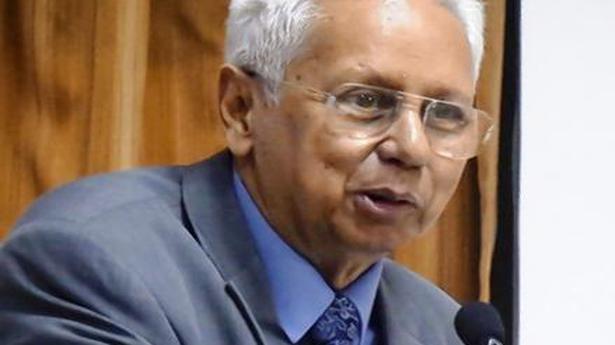 The issue of alleged illegal immigrants from Bangladesh is used in the election season in India, the outgoing envoy of Dhaka said here on Tuesday. Syed Muazzem Ali argued Bangladesh faces threat from extremism and requires India’s support to strengthen the foundation of secularism and the “spirit of 1971”.

“Politics of influx is used by some political parties here. There has been so much criticism of Bangladesh in Northeast India because of alleged illegal immigration from our side, but let me tell you that a person of my country would rather swim in the ocean and reach Italy instead of coming to India. A citizen of Bangladesh would like to go to a place where he can earn more but as you know the per capita income in India is not that high,” said Syed Muazzem Ali addressing a farewell press conference at the Press Club of India.

Mr Muazzem Ali said that Bangladesh has not commented on internal developments of India like the recent Supreme Court verdict on the Babri Masjid-Ram Janmasthaan and ending of the special status of Kashmir and cautioned against rise of radicalism and extremism in the society. “We have been restrained about commenting on internal developments in India. So far secular and progressive parties have prevailed in Bangladesh and we hope it will remain that way in the future. But you have to help too,” said the High Commissioner when asked about the large protests that took place in Dhaka after India’s Supreme Court ruled in favour of building a temple in the disputed site in Ayodhya.

Bangladesh envoy’s comments are an oblique criticism of the comments about Bangla citizens who were described as “termites” by the Union Home Minister Amit Shah during the last Lok Sabha election campaign. The issue also came up repeatedly in West Bengal where the BJP has been trying to corner Chief Minister Mamata Banerjee on her position regarding undocumented migrants from Bangladesh to India.

The envoy however said that Dhaka sent 2.8 million tourists to India in the previous year and has the mechanism to track every citizen who violates conditions of the Indian visa and overstays. He declared that Bangladesh will open a new diplomatic mission in Chennai in 2020 as many patients from Bangladesh who seek medical treatment in Chennai. He also announced that in 2020, Bangladesh will throw open the Akhaura-Agartala rail link.

The YSR Congress Party (YSRCP) has announced the candidature of MLCs Pilli Subhash Chandra Bose and Mopidevi Venkataramana and industrialists Alla Ayodhya Rami Reddy and Parimal D. Nathwani for the Rajya Sabha (RS) seats in Andhra Pradesh for which elections have been notified. Four Rajya Sabha seats in the State are falling vacant on April […]

Mizoram gets its first Lokayukta chairman

Retired IAS officer C. Lalsawta was sworn in as the first Chairman of the newly constituted Lokayukta in Mizoram on Monday, officials said. He was sworn in at the Raj Bhavan here, they said. Governor Jagdish Mukhi administered the oath of office to Mr. Lalsawta, an official said. Chief Minister Zoramthanga, other Ministers, Assembly Speaker […]