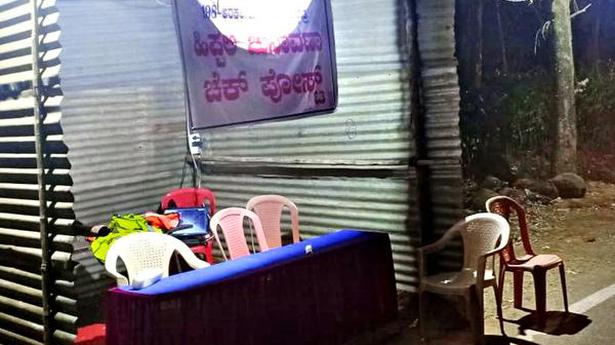 Election Expenditure Monitoring has been tightened with officers keeping a close watch on check-posts across Mysuru district for violations of model code of conduct.

A total of ₹1.94 lakh had been seized by Static Surveillance Teams (SSTs) until March 20.

About 30 Flying Squads had been deployed across the district with over 31 Static Surveillance Teams stationed in the district for enforcing the poll code which came into effect from March 10.

Video Surveillance Teams (VSTs) had been also been deployed for monitoring poll-related activities and 33 of them were deployed in the district, said Deputy Commissioner and District Election Officer (DEO) Abhiram G. Sankar.

The Department of Excise has also deployed its teams to crack down on illegal liquor activities.

According to the election authorities, 20,185 litres of liquor had been seized during raids and the value of the seized liquor is ₹1.07 crore. During excise raids, 28 vehicles – including three cars, 23 two-wheelers, and two three-wheelers – had been seized. The total value of the seized vehicles was ₹14.76 lakh. Around 68.04 litres of liquor was seized during raids conducted by police teams.

Members of the All Assam Students’ Union on Monday staged a protest outside the Numaligarh Refinery in eastern Assam’s Golaghat district to oppose the Centre’s bid to disinvest Bharat Petroleum Corporation Limited. BPCL holds 61.65% share of the refinery established in 1993, based on the conditions of the Assam Accord of 1985 that ended a […]

Taking forward the #RaGaFromKarnataka campaign, Karnataka Pradesh Congress Committee president Dinesh Gundu Rao on Monday formally invited Rahul Gandhi to contest from any constituency in the State. Giving wings to speculation that the Congress president might contest the Lok Sabha polls from a “safer second seat” in a southern State, Mr. Rao said, “We want […]