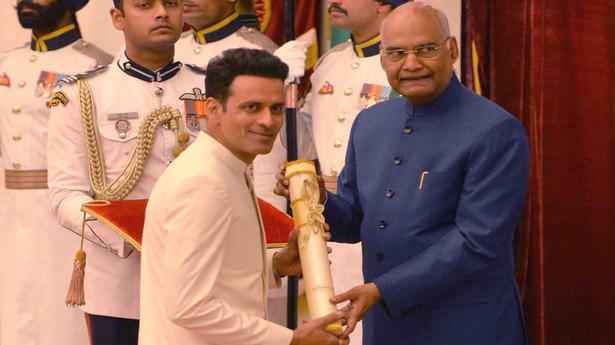 As many as 112 ‘inspiring’ personalities were selected for this year’s Padma awards and their names were announced on the eve of Republic Day this year. The awards were conferred in two ceremonies with 47 dignitaries receiving the honour on March 11, while 54 were honoured on Saturday.

Former editor of RSS mouthpiece ‘Panchjanya’ Devendra Swarup was conferred Padma Shri posthumously. A pracharak for 13 years, Swarup enjoyed close relations with four RSS Sarsanghachalak from M S Golwalkar to K.S. Sudarshan, according to an article published in Organiser after his death. His wife received the award.

Daitari Naik, 70-year old tribal from Keonjhar district in Odisha who single-handedly dug a 3 km-long canal with mere hoe and crowbar to bring water to his field in village Baitarani was conferred Padma Shri in ‘social work’ category. Saalumarada Thimmakka who has planted thousands of trees over a period of 65 years, earning the sobriquet of ‘Vriksha Mathe’ for taking care of them as her children, was also conferred the coveted award.

Tsering Norboo, a surgeon based in Ladakh, who served for 50 years in remote and high altitude regions; Chinnapillai, a woman farmer who led microfinance in Tamil Nadu through her Kalanjiam movement; and Rajeshwar Acharya, a Hindustani singer were among the recipients of Padma Shri. Footballer Sunil Chhetri, archer L Bombayla Devi, cricketer Gautam Gambhir, captain of Indian women’s basketball team Prashanti Singh were also conferred Padma Shri by the President.

This year’s awardees were selected from across the nation and segments of society, with the government going beyond excellence and recognising larger impact and the awardees’ selfless service, an official said. The nomination process for Padma awards was made online in 2016 and a simple, accessible and secure platform was put in place to encourage citizens at large to participate. Erstwhile ‘Government Awards’ transformed into ‘Peoples Awards’, another official said.

Ladakh face-off: Manmohan Singh asks PM Modi to be mindful of implications of his statements on national security

As many as 1.71 lakh more voters exercised their franchise in the Lok Saba election in Ballari parliamentary constituency on Tuesday when compared with the turnout in the byelections held in 2018. The increase in the turnout was almost four times more than the actual increase in the electorate of 43,031 between the two elections […]

For the second time in a row, no official of the West Bengal government was present at a meeting called by Governor Jagdeep Dhankar on Tuesday during his visit to a district outside Kolkata, triggering strong reactions from him. During the day, Mr. Dhankar visited North 24 Parganas but senior officials of the district administration […]