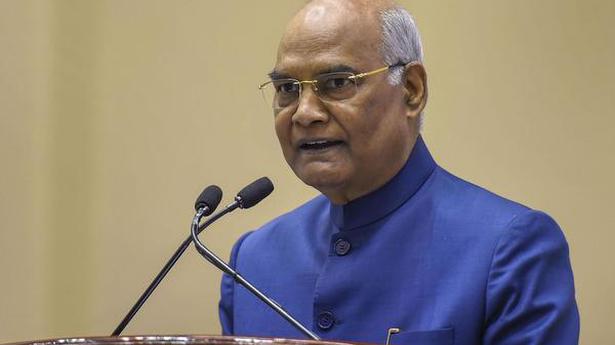 The President’s rule imposed in undivided Jammu and Kashmir was on Thursday revoked following bifurcation of the State into two Union Territories.

The two UTs of Jammu and Kashmir, and Ladakh come into existence on Thursday after the central government on August 5 decided to abrogate the special status given to Jammu and Kashmir under Article 370 and create them on October 31.

“In exercise of the powers conferred by clause (2) of article 356 of the Constitution, I, Ram Nath Kovind, President of India, hereby revoke the proclamation issued by me under the said article on the 19th December, 2018 in relation to the State of Jammu and Kashmir,” the official notification said.

Earlier, the central rule was imposed in Jammu and Kashmir in June 2017 after resignation of the then Chief Minister Mehbooba Mufti when the BJP withdrew support to the PDP led goverment.

The first central rule as ‘Governor’s rule’ continued for six months. After six months, President’s rule was imposed for next six months which was subsequently extended with the approval of Parliament.

Article 356 of the Constitution under which President’s rule is imposed in a State, is not applicable in Union Territories.

G.C. Murmu and R.K. Mathur will be sworn-in as first Lt Governors of Jammu and Kashmir, and Ladakh respectively on Thursday.

The Kerala police on Tuesday expressed the apprehension that forensic experts might find it challenging to trace signs of cyanide poisoning in the long-entombed bodies of victims in the Kozhikode serial murder case. Six persons, including three in a family in the district’s Koodathayi village were allegedly killed between 2002 and 2016. Jolly Joseph, 45, […]

As the Bharatiya Janata Party is almost certain to deny bypoll ticket to its defeated candidates in the 2018 Assembly elections, in favour of disqualified MLAs, the State Congress is not averse to inducting them. This will be ahead of the byelection scheduled in 15 constituencies on December 5. K.C. Venugopal, AICC general secretary in […]

CAA: There is nobody to have a dialogue with, says Anurag Kashyap

Filmmaker and writer Anurag Kashyap admits to being perpetually angry and “super frustrated” of late. More so the morning after Home Ministry’s notification of CAA coming into effect.“How do you fight a bully like this?” he asks rhetorically, as we sit down for an interview with one of Bollywood’s loudest dissenters against the government. So […]