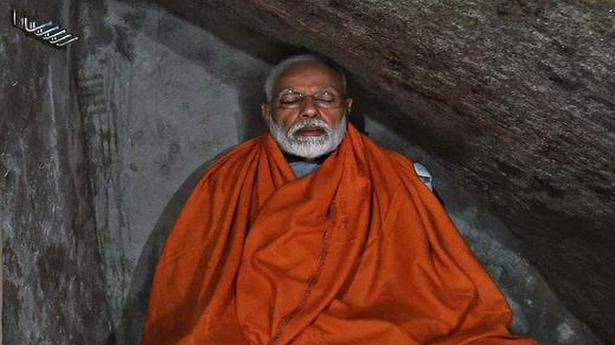 Prime Minister Narendra Modi on Saturday offered prayers at the Himalayan shrine of Kedarnath, a day after campaigning for the general election came to a close.

On Sunday, he is expected to be in Badrinath, another temple in Uttarakhand’s ‘char dham’ religious circuit.

Dressed in a grey traditional pahari attire, Mr. Modi offered prayers for about 30 minutes and undertook a circumambulation of the Kedarnath shrine situated at a height of 11,755 feet near the Mandakini river.

The Prime Minister then went inside a cave near the shrine. Draped in a saffron shawl, Mr. Modi was seen meditating at the holy cave.

The ruling YSR Congress on August 12 announced three candidates for the by-election to the Andhra Pradesh Legislative Council to fill as many seats under the assembly quota in the poll, slated for August 26. The YSRC nominated minister Mopidevi Venkata Ramana, former IPS officer Sheik Mohammad Iqbal and former MLA Challa Ramakrishna Reddy as […]

Karimbam farm to be tourist hotspot