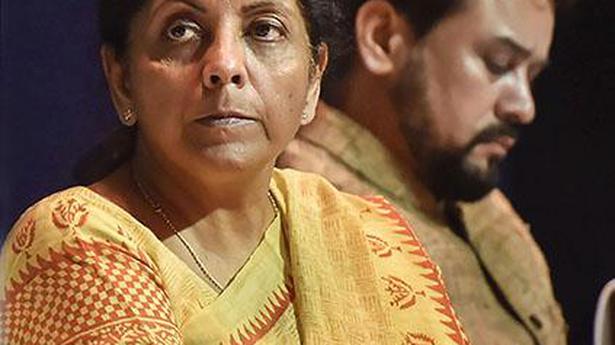 Some private universities may approach the government to propose that contributions to privately funded higher education be included within the ambit of corporate social responsibility (CSR).

Last month, Finance Minister Nirmala Sitharaman announced an expansion of CSR norms, allowing the mandatory 2% contribution from companies to be spent on “public-funded universities, IITs, national laboratories” and government-funded research bodies, among others. However, private institutions were not included.

“We will consider a representation to the government on expanding the CSR norms to include private universities,” O.P. Jindal Global University Vice-Chancellor C. Raj Kumar said on Monday, making a pitch for more investment in higher education. “We also expect to engage with the government [on this issue] through the Empowered Expert Committee for Institutes of Eminence.”

O.P. Jindal is one of eight private institutions to be granted the prestigious IoE status. Unlike the 10 public institutions on the list, the private players will not be eligible for the ₹1,000 crore funding promised by the government.

“You asked what unique thing we get by being part of the IoE scheme? At least, we should get access to CSR funding which comes from the private sector itself,” said Dr. Kumar. He indicated that he was discussing the proposal with other private institutions on the IoE list.

Shiv Nadar University, another privately funded player which has been granted the IoE tag, agreed that policy change was needed. When asked about the plan to approach the government on the amendment of CSR norms, a university spokesperson told The Hindu, “Availability of serious research funding is a big issue. All private institutions have to plan together to get a policy change.” It is not clear which other private institutions may be part of the proposal.

Dr. Kumar felt that there needs to be a rethink on the policy of government funding to only public universities, noting that in the U.S., private institutions such as Harvard, Yale and MIT were eligible for government research funds. “Remember that 75% of Indian students study in private institutions of higher education,” he said. “Investing in higher education is investing in the country’s future, in our economic growth story.”

For the second consecutive day on Tuesday, the district administrations took up the Road Safety Awareness programmes with vigour. The rally by policemen, auto drivers and residents, was flagged off near Gandhi Statue by District Collector A. Shanmuga Sundaram. Mr. Shanmuga Sundaram presented roses to traffic violators and advised them to wear helmet and seatbelt […]

A 70-year-old migrant worker was trampled to death by a wild elephant at Anapplam near Mundakkolly inside the Wayanad Wildlife Sanctuary on Saturday m Source: thehindu.com Related

As super cyclone ‘Fani’ moved menacingly towards Odisha, skirting along the Visakhapatnam coast, the port city received light to moderate rainfall, accompanied by strong winds, on Thursday. For the second day, the sea was very rough with high tides lashing the shore. Though there was not much rain, high velocity winds disrupted life to some […]