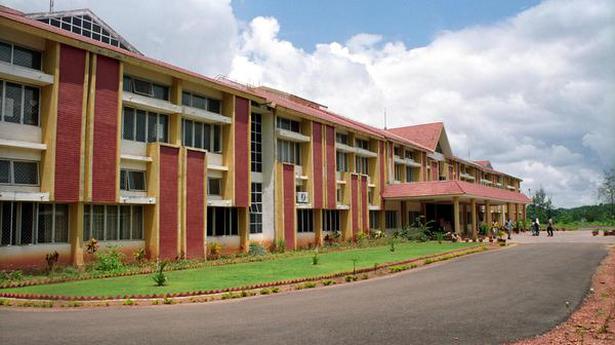 Leader of the Opposition Ramesh Chennithala stepped up his attack against the Kerala government on the ‘mark gift’ row at the Mahatma Gandhi University on Thursday by asking Chief Minister Pinarayi Vijayan to shed his silence over the issue and to order a judicial inquiry into the allegations.

Demanding the resignation of Higher Education Minister K.T. Jaleel, Mr. Chennithala said that the Minister had failed to provide answers to the seven questions that he had posed as part of the “illegal” decision taken by the varsity Syndicate to award moderation marks to failed B. Tech students.

“The Minister had claimed on Wednesday that his private secretary had only attended the inaugural session of the adalat conducted by the varsity to award the marks. However, visuals of his presence throughout the three-hour long adalat were aired by the visual media on Thursday morning. The Minister is spreading lies over the issue and had no moral right to continue in his position,” he alleged.

The Opposition leader said that the Minister’s private secretary and additional private secretary had also attended the ‘marks adalat’ held at APJ Abdul Kalam Technological l University in violation of the rules and regulations going by the minutes of the meeting.

Mr. Chennithala said that the intervention made by the Minister and his personal staff amounted to naked violation of the Act and statutes governing the universities in the State. A decision on moderation could be taken only by the Pass Boards concerned in various subjects. The Syndicate could only ratify the decisions taken by the boards, he said.

Refuting Mr. Jaleel’s allegation that the Syndicate of the Calicut University had decided to award a moderation of 20 marks to engineering students during the United Democratic Front’s rule in 2012, Mr. Chennithala said that the moderation was given by the academic council and Syndicate as part of clearing the basic errors in the 2004 scheme and it was made part of the regulations. “It was given to all students and not to a few students alone as decided by the Mahatma Gandhi University,” he said.

Fearlessness is the number one requirement for journalists in the current context in Tamil Nadu and India, N. Ram, Chairman, The Hindu Group’s publishing company THG Publishing Private Limited, told college and school students at an interaction on Sunday. He said verification, passion for precision and accuracy, sense-making and investigating are the other key qualities […]

Age of ideas | The Innovators

The digital revolution and ingenious interventions are touching our lives in unimaginable ways, even more so in the countryside, as a new breed of innovators pilot varied initiatives, in the process increasing efficiency, boosting incomes and furthering the spirit of transformation. From an electronic trading platform that protects farmers from being duped by middlemen in […]

The Vigilance and Anti-Corruption Bureau (VACB) will approach the Vigilance Special Court here on Monday for a search warrant to open the bank locker of former Health Minister and Congress legislator V.S. Sivakumar who is facing prosecution for “illegal amassment of wealth.” The VACB team had already asked the bank authorities not to allow Mr. […]