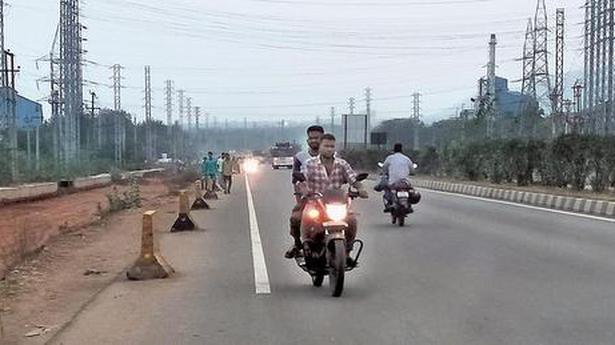 Many people’s organisations and representatives of various political parties are opposing the proposed merger of Rajam and Etcherla constituencies with Vizianagaram district, claiming that that it would be detrimental to the interests of Srikakulam district for both the Assembly segments are industrial towns.

The State government is planning to make every Parliament constituency a district to ensure better administration as part of which Etcherla and Rajam of Srikakulam district are proposed to be merged with Vizianagaram Lok Sabha constituency.

However, it appears the proposal did not go down well with the political leaders from Srikakulam, who say that the two constituencies are developed economically when compared to the other segments.

Etcherla Assembly segment has Pydibhimavaram industrial zone, the hub for many pharmaceutical companies and other factories, apart from Ambedkar University, IIIT and many private engineering colleges. Rajam is home to many jute and sugar factories.

“Srikakulam will lose its identity and prosperity if Etcherla and Rajam are merged with Vizianagaram district. Moreover, many parts of Srikakulam town also form a part of Etcherla. In case of merger, people have to travel to Vizianagaram for official works. The very purpose of decentralisation will be defeated,” says V. Jagannadha Naidu, a retired government official.

CITU State vice-president D. Govinda Rao has urged the government to elicit opinions of all stakeholders before creating new districts.

CPI(M) District Secretary Bhaviri Krishnamurthy and his CPI counterpart Sanapala Narasimhulu say that the interests of backward Srikakulam district should be protected before creation of new districts.

According to sources, the TDP leaders are waiting for the high command’s suggestions to react over the proposal. They feel that the YSRCP government would face the ire of people if decisions are taken in haste.

The YSRCP leaders fear that the merger would put a dent on the party’s image in the district.

“Palakonda of Srikakualm district is expected to be merged either with proposed Parvatipuram district or Araku. Constituencies of other districts would not come under the jurisdiction of Srikakulam as it is the northern tip of Anhdra Pradesh, bordering Odisha,” says a senior YSRCP leader from Srikakulam.

Kerala Chief Minister Pinarayi Vijayan on Sunday urged the public not to be misled by the propaganda being spread on social media against the Chief Minister’s Distress Relief Fund (CMDRF). Talking to mediapersons here, Mr. Vijayan termed as baseless the allegations that the funds collected for flood relief in 2018 had been diverted. People outside […]

Around 20 cops in Amritsar show symptoms of intoxication-related diseases