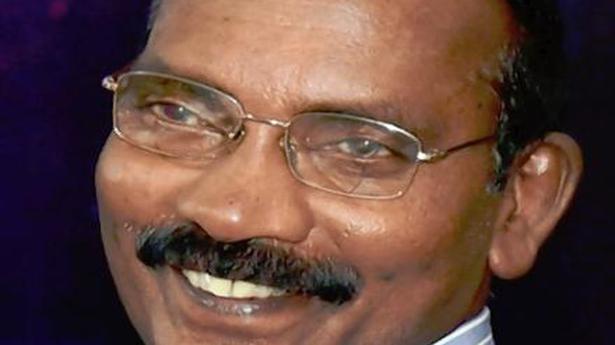 Monday’s PSLV mission carrying EMISAT — the country’s first satellite for gathering electronic intelligence (ELINT) to locate hostile radars for the military — will also be the longest flight for the Indian polar launch vehicle.

The April 1 mission is numbered C-45 and carries 28 small, foreign customer satellites from four countries. The satellites together weigh 220 kg.

The launch is scheduled for 9.30 a.m. from Sriharikota. It will last 180 minutes from take-off at the Sriharikota launch pad until the PSLV rocket’s last stage (called the PS4) is put into its orbit.

The 436-kg EMISAT will be released 17 minutes into launch in its designated orbit 749 km away from earth. The 28 small foreign customer satellites will be released almost an hour later at a lower orbit of 504 km. All of them will be out within five minutes, according to pre-launch information put out by the Indian Space Research Organisation (ISRO.) Later PS4 will be fired thrice and eventually put into an orbit at 485 km.

This is the third consecutive PSLV mission in which ISRO will re-use its fourth stage as a space testbed. Earlier, the stages wasted away as floating debris once they released the satellites.

ISRO Chairman K.Sivan said that in C-45, “We are doing a three-orbit mission for the first time. We earlier did two-orbit launches. Such a multi-orbit capability is beneficial when there are different launch customers who need to put their satellites in different orbits. With this capability, we need to use just one launcher for different customers.” A new PSLV variant called QL with four strap-on boosters will be used in Monday’s launch.

In this mission, PS4 will carry three minor payloads or experiments. ISRO said it had equipped the stage with power-generating solar panels for the first time.

Among the tiny commercial co-passenger satellites, 20 are from a previous U.S. customer, Planet. The 20 Flock 4a Dove satellites are part of Planet’s earth observation network. Since 2016, the company has used the PSLV four times to put more than 100 of its small “cubesats” in space.

In February 2017, when the PSLV-C37 rocket lifted up a record 104 small satellites to space, 88 of them belonged to Planet. Four small LEMUR satellites from another U.S. customer are for monitoring maritime traffic or automatic identification system. One satellite each from Spain, Switzerland and Lithuania are also part of the payload.

The Arni police have arrested four persons for their involvement in illegal sand quarrying in Mozhugampundi and Nallur villages and seized five tractors from them which were used for transporting sand. Arni Deputy Superintendent of Police V.E. Senthil and his team spotted a few persons transporting sand near Ayyanarappan temple in Mozhgampundi village. The police […]

Banking details of Indians with accounts in Switzerland will be available to tax authorities here from Sunday as the automatic exchange of information regime kicks off between the two countries. The move, the Central Board of Direct Taxes (CBDT) said, is a significant step in the government’s fight against black money and the era of […]

Minister for IT and Panchayat Raj Nara Lokesh tweeted on Monday that justice prevailed in the case pertaining to alleged theft of data belonging to Telugu Desam Party (TDP), saying that Telangana High Court has reprimanded the local police for unlawfully arresting four employees of IT Grids (India) Pvt. Ltd. Mr. Lokesh claimed that the […]