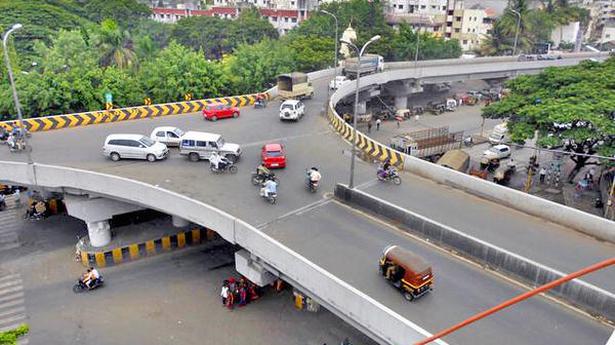 To preserve Pune’s green cover, citizens have started an online campaign against the proposed 36-km High Capacity Mass Transit Route (HCMTR) passing over 34 junctions in the city. They contend that the project, pegged at more than ₹5,000 crore, is a misguided attempt by the Pune Municipal Corporation (PMC) at ‘development’ that will severely damage the environment by destroying the city’s heritage green spots.

An online petition by city-based economist Sumita Kale said the project violates principles of “sustainable development” while going against its objective of enhancing public transport and accommodating private four-wheelers instead. “The project, as proposed in the 1987 Development Plan (DP) was a rail and bus public transport solution to bypass the city as it existed then, 30 years ago. Unfortunately, the proposed HCMTR project now has only two lanes for public transport in the form of the Bus Rapid Transit System (BRTS), but four lanes for private four-wheelers with no thought for cycles,” said Ms. Kale’s petition.

The petition said the proposed project route will lead to the destruction of more than seven hectares of reserved forest land, while nearly 2,000 mature trees will be cut on the city’s hills. “The project will afflict the city’s precious water recharge zones as nearly a third of Pune’s watersheds have their catchment sources in the Vetal-Hanuman Tekdi-Chatushringi Complex [which forms part of the HCMTR route],” said Ms. Kale.

According to activist Sujit Patwardhan, founder of the non-governmental organisation Parisar, the basic objective of the HCMTR project, as proposed in the draft DP of 1982 and sanctioned in the final DP in 1987, was to substantially enhance the level of public transport in the city and give public transport a dedicated route to connect with the congested parts of the city and its newly-developing localities. “The location and alignment of this ring road was based on data and traffic studies carried out during the preparation of the Draft Plan of 1982. Unfortunately, this was never taken into account by the PMC, which capriciously decided to revive the project after 30 years,” said Mr. Patwardhan, a long-time campaigner against the HCMTR project.

Urging the PMC to scrap the project, he said several members within the corporation were actively pushing for it without being clear as to what its objectives were. “Will the HCMTR be for public transport only or will other traffic be allowed? If the PMC is not going to take into account the substantial geographical changes that have taken place in the city, then why is it being built at all?” Mr. Patwardhan said. Permitting private vehicular traffic on the HCMTR violated the fundamental basis for the proposal as conceptualised in 1987 and confirmed again when the Development Plan was revised in 2017, he said.

He said even the Central government’s National Urban Transport Policy published in 2005 reiterated the need for focusing on public transport and non-motorised transport. The intention of the HCMTR was to “substantially enhance the service and to change even the existing travel pattern” as stated in the 1987 DP, he said.

“All the fears expressed in the 1987 Development Plan regarding the unsustainable increase in private vehicles have come true in large part due to the non-implementation of the plan proposals,” Mr. Patwardhan said.

A search conducted by Income Tax officials on offices and residences of employees of an infrastructure development company, which also dealt with medical equipment business, has resulted in the recovery of incriminating documents, ₹1.7 crore cash and details of undisclosed foreign bank accounts. The search was conducted on Wednesday. According to sources, one of the […]

Congress leader and Lok Sabha member from Punjab Manish Tewari on Tuesday called Pakistan’s decision to charge $20 each from every pilgrim to the holy Sikh shrine of Kartarpur as ‘jazia’ (religious tax) and asked the Government of India to pay the charge. “If Pakistan insists on USD 20 Dollar Fee for Kartarpur pilgrims and […]

Analysis: Centre, Delhi govt. are both responsible for inadequate response to riots in city

A day after the visiting U.S. President left, the Congress Working Committee (CWC) met in Delhi to not only discuss the Delhi riots that have killed 20 but also decided to submit a memorandum to President Ram Nath Kovind against the Delhi Police’s inability to contain the riots. On Tuesday, the party’s chief spokesperson had […]