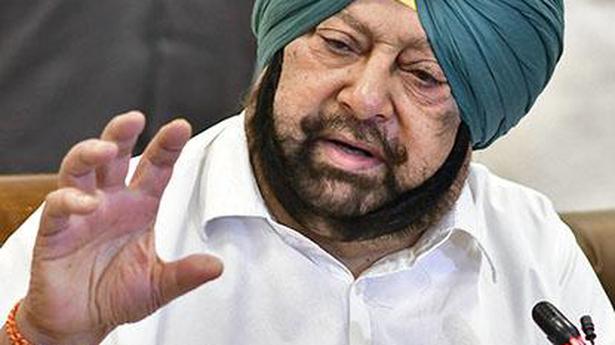 Punjab Chief Minister Amarinder Singh on Wednesday mooted preventive detention of repeat offenders in smuggling and trading of drugs, amid reports that there were around 200 such criminals identified by the Punjab Police.

Pointing out that the Narcotic Drugs and Psychotropic Substances Act provides for preventive detention of such criminals, the Chief Minister reiterated his government’s “zero tolerance”’ policy on drugs and against colluding government officials, including policemen.

Capt. Amarinder was presiding over a meeting of the consultative group on drugs here.

Taking cognisance of complaints of collusion of police officers with drug smugglers/traders/peddlers, the Chief Minister directed the Director-General of Police to bring out a comprehensive postings and transfers policy to break the nexus between police and drugs criminals.

He said: “Those involved would be liable for dismissal and compulsorily retirement. Criminal cases under under Section 29 of the NDPS Act will be registered, wherever involvement and wrongdoing is established.”

During the meeting, DGP Dinkar Gupta informed that the Chief Minister’s letter to the Prime Minister seeking a national drugs policy had evoked positive response from the Centre, with Union Home Minister Amit Shah directing his officers to ensure better coordination in the matter. “The Narcotics Control Bureau has drawn about two dozen officers from other parts of the country and deputed them in Punjab to carry forward the anti-drugs fight in Punjab,” the DGP said.

It was also announced that Punjab would host the next meeting of the Chief Ministers of the neighbouring States for more effective coordination of the drug enforcement efforts across States.

Immigration officials at Kempegowda International Airport on Friday caught a 29-year-old Bangladeshi, who was allegedly flying to Moscow with a valid Indian passport. The accused, Bikash Ray, was questioned by Immigration officials, who realised that something was amiss. According to the police, he allegedly confessed that he was using a fake identity. “His actual name […]

TMC youth wing to protest during Mamata’s meeting with Modi

Trinamool Congress Chhatra Parishad (TMCP), the youth wing of Mamata Banerjee-led party will be holding a protest near the Governor’s House at 4 pm on Saturday, even as she will be meeting Prime Minister Narendra Modi around the same time. After the meeting, Ms. Banerjee is expected to walk to the nearby Rani Rashmani road […]