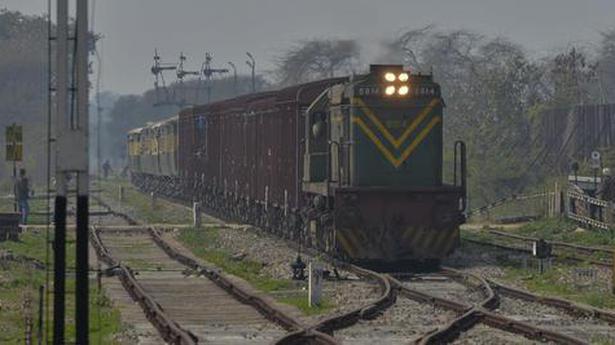 Based on alerts from intelligence agencies that a railway employee is working as a spy for the Inter-Services Intelligence (ISI) of Pakistan, the Punjab police have started a probe into the matter.

The police said a case had been registered but no arrest made so far. Ramkesh Meena, working as a class IV employee, was being questioned, said the police. He has been posted at the Atari railway station in Amritsar.

“We have questioned Ramkesh Meena after we received information from intelligence agencies that he was spying for Pakistan by leaking sensitive government information. We have registered a case under Section 359 of Official Secrets Act,” Deputy Superintendent of Police Ravinder Singh, Amritsar, told The Hindu.

“Preliminary investigation is under way. So far, we have not arrested him. If sufficient proof is found against him then we will take necessary action as per law,” he said.

The police have registered against the accused in Gharinda police station of Amritsar.

The Madras High Court on Wednesday held that a recommendation made by the State Cabinet to the Governor on September 9, 2018, for releasing all seven life convicts involved in the former Prime Minister Rajiv Gandhi assassination case would come into effect only after the Governor affixes his signature and not otherwise. Justices R. Subbiah […]

A five-member team of surgeons and gynaecologists at the SVRR Government Hospital in Tirupati succeeded in saving the life of a housewife (25) who developed complications following a alleged messy female foeticide by a woman quack. The woman underwent abortion on November 30 near Chittoor. Following acute pain in the abdomen, family members approached an […]

An Indian crew member of a cargo vessel showing symptoms of fever and sore throat that raised suspicion of possible COVID-19 infection was transferred to SCB Medical College Hospital, Cuttack. Since his wife was with him on the ship, she was also taken to SCB Medical College for further test. The two were evacuated from […]