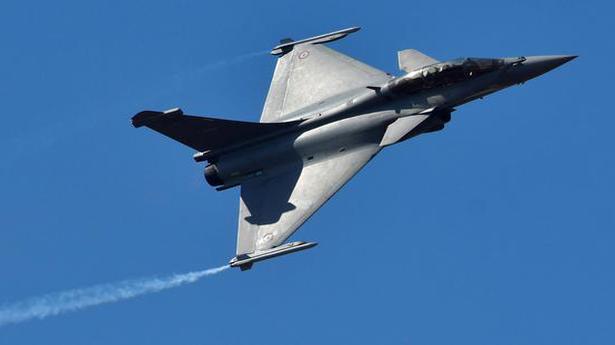 The Central government on Thursday claimed privilege over documents pertaining to the Rafale fighter jet deal and asserted that no one can produce them in the court without the permission of the department concerned.

Attorney General K.K. Venugopal, appearing in the Supreme Court, referred to section 123 of the Evidence Act and provisions of the RTI Act to buttress his claim.

The hearing is on before a Bench headed by Chief Justice of India Ranjan Gogoi and Justices S.K. Kaul and K.M. Joseph.

The Madras High Court on Thursday ordered maintenance of complete transparency on State government’s decision to give one-time special financial assistance of ₹2,000 each to around 60 lakh poor families in the State. The government argued that the assistance was aimed at helping those affected due to Cyclone Gaja that caused havoc in 12 districts […]

Deputy Leader of the Opposition Duraimurugan on Wednesday criticised the Tamil Nadu government over the rising debt and falling growth in the State and asked the AIADMK government to “fight with the Centre” to secure the State’s dues. After congratulating Deputy Chief Minister and Finance Minister O. Panneerselvam for presenting his 10th Budget, Mr. Duraimurugan […]

Deputy Commissioner M.V. Venkatesh has urged the officials concerned to be prepared for controlling and eradicating locusts, if they enter the distric Source: thehindu.com Related