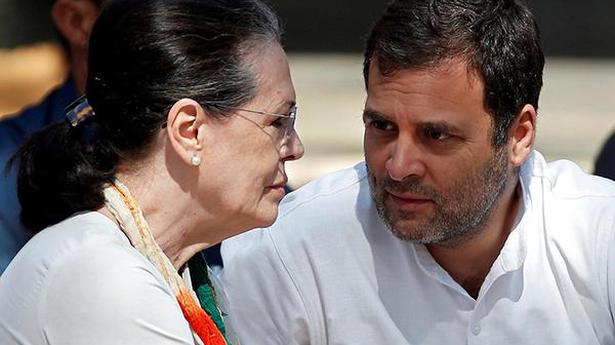 Congress president Rahul Gandhi will be filling his nomination from the Amethi Lok Sabha seat on April 10 while his mother and former Congress chief, Sonia Gandhi, will be filing her papers from the Rae Bareli parliamentary constituency a day later. Though there has been no official announcement, party insiders on Thursday said Congress general secretary Priyanka Gandhi Vadra will accompany her mother and brother when they file their nomination papers from Uttar Pradesh.

Ms. Vadra was present with her brother in Kerala when Mr. Gandhi filed his nomination papers on April 4 from Wayanad but their mother was absent.

However, the Gandhi family will be together on both days in U.P. and the Congress plans to convert the occasion into a show of strength with the party’s top leadership in attendance.

The BJP has lost power in five States since last year as an alliance of the Jharkhand Mukti Morcha, the Congress and the Rashtriya Janata Dal crossed the half-way mark when votes of the Jharkhand Assembly election were counted on Monday. BJP leaders went into a huddle after the results showed that the party would […]

A Konkani translation of the Indian Constitution was released by the Mangaluru Bishop Peter Paul Saldanha at the Rosario Cathedral in Mangaluru on April 20. The translation has been done by Professor Stephen Quadros Permude, author of several books in Konkani, and the book brought out by the Mangaluru Diocesan Commission, led by its convener […]

Radha Mohan, a retired economics professor and his conservationist daughter, Sabarmatee, have been conferred with the Padma Shri – a recognition for their decades-long efforts to transform a barren land into a lush food forest in Odisha’s Nayagarh district. Founded by the duo in 1990, Sambhav, the resource centre, has become a torch-bearer in the […]