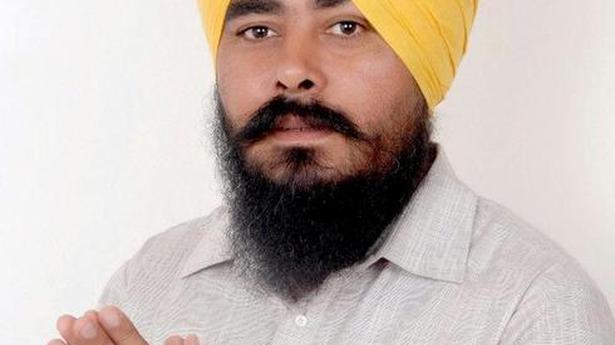 After joining the Congress ahead of the 2019 parliamentary elections, rebel Aam Aadmi Party MLA from Ropar Amarjit Singh Sandoa on Tuesday rejoined the party, saying switching sides had been the biggest blunder in his life.

Mr. Sandoa said: “I tender my sincere apologies to the party high command and State leadership, who were devastated by my decision to quit the AAP. I undertake to work for the party like a tireless volunteer without any ambition for party post or position.

“Switching sides had been the biggest blunder in my life and I am ashamed of the decision, which seems to have been taken in a tearing hurry.”

He said the Congress party before assuming power in 2017, had pedalled promises like crushing drug mafia within weeks, “ghar-ghar-naukri”, complete loan waiver to the farmers among a host of others, which have remained unfulfilled.

Mr. Sandoa said Delhi Chief Minister and national convener Arvind Kejriwal had played a significant role in the ongoing struggle of the farmers, which prompted him to return to the party fold. “It’s the decision of my conscience and has not been taken under duress. I shall continue to abide by the policies and programmes of the party and work in tandem with the State and central leadership..,” he said.

The filmmaker says the Malayalam children’s film, which releases online on August 8, looks at the importance of letting kids play Source: thehindu.com Related