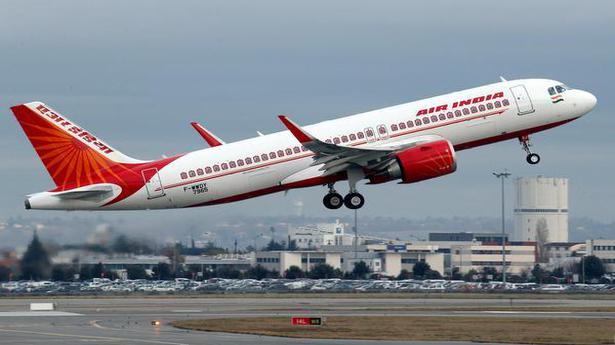 The national carrier Air India celebrated the 71st Republic Day by distributing 30,000 Indian flags made of eco-friendly seed paper among its passengers at airports in metro cities and Srinagar on Sunday.

The airline also put up a big hoarding at the historic Lal Chowk in the heart of Srinagar to congratulate the people on Republic Day.

It was the first Republic Day celebration in Srinagar after the abrogation of Article 370 provisions that gave special status to the erstwhile State of Jammu and Kashmir.

“We distributed more than 800 flags at Srinagar airport to the passengers, specially those of Air India to share our national pride on the occasion. In another initiative, we also congratulated valley people on Republic Day by putting up a big hoarding at Lal Chowk,” Mr. Kumar said.

More than 30,000 flags made of special seed paper were distributed at different airports, he said.

The flags contain seeds of marigold and fenugreek which would germinate and develop into saplings after soaking in water and planted in soil.

A young tourist from Haryana, Lakshya Dangi said he was in the valley for the past few days and was impressed by hospitality and warmth of the people.

“Although tourist turnout is low due to cold and unavailability of internet, people here are very warm and welcoming,” he said when asked about his experience.

Air India connects the valley to the rest of India and Republic Day is the occasion to congratulate people and strengthen their ties with the airline, said Nazneen Ahmad Chisti, Srinagar-based senior manager (commercial) of Air India.

A tricolour was unfurled at the Srinagar airport in a programme organised by the Airports Authority of India.

Senior police and paramilitary officers and personnel attended the function.

The police, paramilitary, and airport authority personnel were given certificates at the function for commendable service.

Union Home Minister Amit Shah on December 12 said a decision on releasing detained political leaders in Jammu and Kashmir, including three former chief ministers, will be taken by the local administration and the central government will not interfere in the matter. The Minister’s statement came after Congress leader Adhir Ranjan Chowdhury asked the government, […]