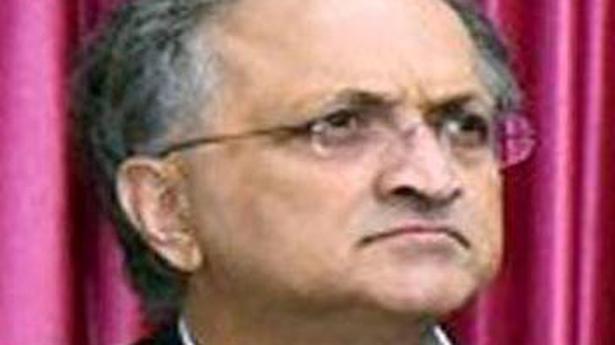 The Indian Republic, as it completes seven decades, is living through its fourth big crisis, historian Ramachandra Guha said while delivering a lecture, ‘The Republic at 70’, at Bengaluru International Centre on Sunday.

He said the earlier three crises were in the 1960s, which saw the death of two Prime Ministers, India being defeated by China and food shortage; the Emergency of the 1970s; and the rise of communalism in the early 1990s.

He termed the deepening religious divisions the most grave threat. “We have a majority of people today who think we should be a Hindu country, and Hindus have really become a majority with a minority complex. This is manifested in the most blatantly discriminatory Citizenship (Amendment) Act. The CAA will change the very character of India.”

He was also critical of the Congress, especially Rajiv Gandhi, who, in the 1980s, ‘lost an opportunity’ to usher in uniform civil code, but instead wilted and ceded ground to Hindutva. He termed the period from 1989-1993, which saw the rise of communalism, riots, destruction of Babri Masjid and economic crisis, as one of the earlier crisis the republic had been through.

The undermining of public institutions, including the RBI, the Army and the Election Commission of India in recent times, he said, was another fault line of the crisis that the republic faces today. He drew comparison to the Emergency in the 1970s, which he termed the second crisis the republic faced. But he said he was sceptical of the ‘hyperbole’ comparing the situation today to Nazi Germany. He said the present crisis was not apocalyptic yet, and said the republic had been through such crises before and had come out of it.

He said federalism, with many States outside the Bharatiya Janata Party’s grip today, unlike during the Emergency when most States were ruled by the Congress, was a bulwark against creeping authoritarianism.

Three hundred and seventy foreign tourists from the U.K. and Russia, who were in Goa for a holiday but left stranded since India went into a lockdown, were flown out in two special relief flights on Wednesday. The relief flights approved by the Indian government saw 249 tourists fly to Manchester, while another 121 left […]