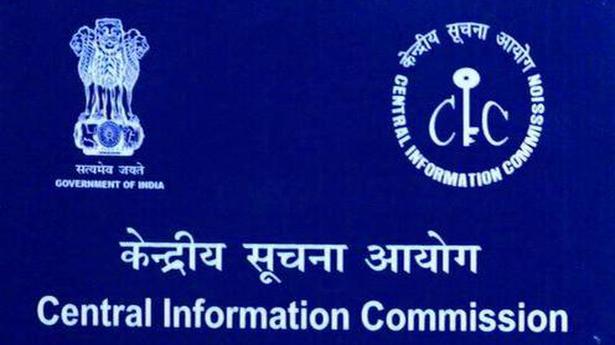 The Ministries of Home and Urban Affairs must coordinate to make public all records of government land allotted to about 3,000 people displaced from Pakistan, the Central Information Commission has ruled.

Taking into consideration other CIC rulings this month to make available details of government land, buildings and accommodation leased out to institutions and individuals in Delhi, the Urban Affairs Ministry said it is in the process of putting these details online. An interactive map of the capital, displaying leased government properties and allotments, is already on the website of the Land and Development Office. Further details, including who has leased or allotted the land, at what rate and under what criteria, and whether any taxes or legal cases are pending, will be included over the next month, said a senior Ministry official.

With regard to the case of people displaced from Pakistan, one such individual Sushil Kumar Malik had filed an RTI request in 2016 asking for information about the policy of land allotted for resettlement and specific details regarding allotments in Delhi’s Geeta Colony. The response from the Urban Affairs was “vague and ambiguous”, he said in his appeal to the Central Information Commission. The Urban Affairs Ministry told the Commission that the original policy for resettlement was evolved by the Ministry of Home Affairs. It estimated that about 3,000 people had been allotted land for resettlement, but no digitised records were available. It also claimed it could not give out details regarding a “third party”.In his ruling, Central Information Commissioner Bimal Julka directed that the full list of allottees and the criteria adopted for such allotment should also be placed on the website.

In a previous ruling this month, Mr. Julka had similarly pulled up the Urban Affairs Ministry for failing to provide information regarding government land and buildings leased to a publishing house, and advised the Land and Development Office to take suo motu action and publish details of all leased properties, taking the larger public interest into consideration.

With the 2020-2021 academic year set to reopen later this month, several schools that have decided to begin online classes due to the COVID-19 pandemi Source: thehindu.com Related

Doctors continued their protests against the NMC Bill in the city on Wednesday, demanding that the ‘draconian’ bill be withdrawn. The National Medical Commission (NMC) Bill, which proposes to repeal the Indian Medical Council Act, 1956 and replace the Medical Council of India (MCI), has met with strong opposition from the medical fraternity. Protesting doctors […]

Facing a shortfall of 2,277 doctors — against the required strength of 3,621 — and with 942 primary health centres (PHCs) working without electricity, regular water supply and all-weather motorable approach road, Uttar Pradesh’s PHCs have the worst patient:doctor ratio and infrastructure in the country to cater to the poorest patients. This according to a […]