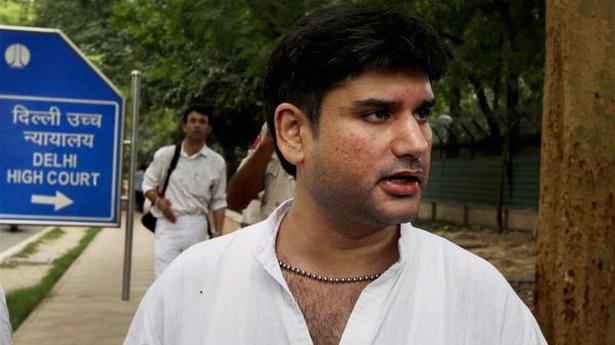 Three days after the son of the late Congressman N.D. Tiwari, Rohit Shekhar Tiwari, was declared brought dead at a hospital in New Delhi, police on Friday said they have registered a murder case.

A senior police officer said the post-mortem report suggested that the cause of death was unnatural, after which a case under section 302 (Punishment for murder) has been registered at the Defence Colony Police Station. The case was transferred to the Crime Branch for investigation.

Rohit was found unconscious with his nose bleeding on Tuesday afternoon. His house staff informed his mother, after which he was rushed to thehospital where he was declared brought dead.

A large terracotta banyan tree is beckoning art lovers to the main building of the Railway Divisional Office at Olavakode. The art work, called Employees Family Tree, has become the pride of the Palakkad Railway Division within a short time after its installation. Railway officials say the terracotta art work is a symbol of unity […]

An elephant that turned unruly created panic at Olari here on Friday morning. The elephant, Kalidasan, of the Olari Bhagavathi temple turned violent while mahouts were trying to tether it. The mahout, who was atop the elephant, had a miraculous escape. The elephant tried to trample another mahout, who managed to escape by rolling away […]

The return of Khalistani terror in Punjab?

The Nirankari congregation at Adliwal village outside Amritsar was at its peak given that it was a particularly pleasant Sunday morning on November 18. Then, just before noon, two young men, cotton scarves masking their faces, rode up on a motorcycle. One pointed a pistol at the two women volunteers on security duty at the […]