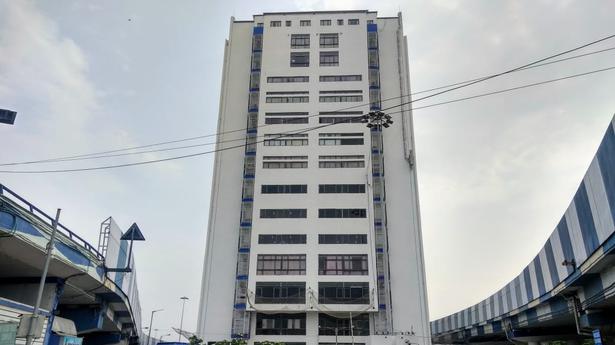 CBI officers visited the West Bengal secretariat on Wednesday as part of its ongoing probe into the multi-crore Rose Valley chit fund scam.

This is the second time in a week that the investigating agency personnel visited the State secretariat in connection with the scam.

Two CBI officials on Wednesday visited the State secretariat ‘Nabanna’, and submitted letters meant for the Finance Department and one for the Chief Secretary, State Secretariat sources said.

“A team of CBI officials went to State Secretariat. This is part of our investigation,” a CBI source said.

“We are not sure about the content of the letters,” State Secretariat officials said.

The probe agency last week has asked the State government to submit all files related to the Rose Valley scam and summoned the Officer on Special Duty of the Land Department to appear before it by October 18.

“CBI is seeking details about land dealings which took place between the State government and the Rose Valley group,” a senior official had said last week.

The Central probe agency has also asked the State government to provide details about the nature of dealings with the ponzi company and also about the location of the lands, government officials last week had said.

Thousands of common people were defrauded of their hard-earned money on promises of high returns in the Rose Valley case as in that of the Saradha scam.

Rose Valley had collected more than ₹10,000 crore from the public through illegal schemes.

Illa Venkateswara Rao, an independent candidate backed by the CPI(M) and its affiliated unions, got elected to the Legislative Council’s East Godavari and West Godavari districts Graduates’ constituency with a majority of 60,069 votes over another independent candidate Nallamilli Sesha Reddy. At the end of the counting of votes that lasted about 52 hours, Returning […]

As the August 31 deadline for the final publication of Assam’s National Register of Citizens (NRC) nears, the Ministry of Home Affairs (MHA) said on Tuesday that “non-inclusion of a person’s name in the NRC does not by itself amount to him/her being declared as a foreigner” as they would be given adequate opportunity to […]

Hazardous search for those missing in Puthumala landslip turns fruitless

It was an ordeal for even the trained personnel of the National Disaster Response Force (NDRF), Fire and Rescue Services, police and Forest Departments on Thursday, though the mission turned out to be fruitless. A many as 30 selected members of the forces, accompanied by trackers from the Parappanpara tribal hamlet and people’s representatives, and […]