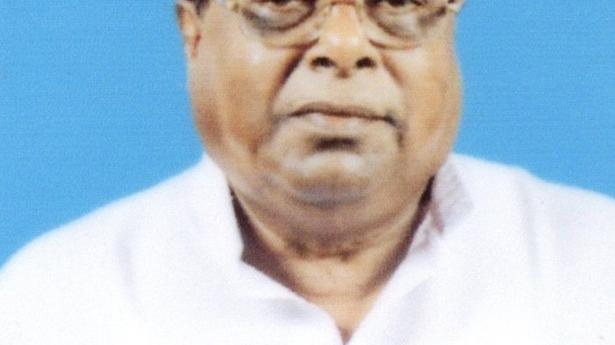 Senior leader and former Odisha Minister Damodar Rout, who had joined the Bharatiya Janata Party in March this year, has resigned from the party.

Mr. Rout was made the convener of the BJP’s campaign committee in Odisha before the last elections.

In his letter addressed to party State president Basanta Panda informing that he was resigning from the primary membership of the party, Mr. Rout expressed regret that he felt his involvement in the party’s programme and policymaking process was not required after the elections.

Mr. Rout mentioned in his letter that he will stay away from electoral politics in the future.

The former Minister, who unsuccessfully contested from Balikuda-Ersama Assembly constituency, had joined the party following his expulsion from the Biju Janata Dal in September last year.

The death of Moodu Lalu and his wife Lucky in Penpahad mandal here earlier this month, suspected to have been caused by consumption of spurious liquor, was deliberate by an accused to escape loan instalments, police said. “P. Durgaiah, the accused, for whom Lalu availed the tractor loan, laced the liquor bottle with cyanide before […]

A 24-year-old woman has died with symptoms of preeclampsia after she gave birth to a stillborn baby boy at Raja Vommangi village in East Godavari dist Source: thehindu.com Related

The Tirupati urban police have arrested a minor boy on the charge of lifting motorcycles and recovered 12 motorcycles worth ₹5.65 lakh from him. Two of his accomplices are on the run. On seeing the police at the Ramanujapalli checkpost on Chennai-Bengaluru highway early on Monday, the boy, riding a motorcycle, tried to flee from […]