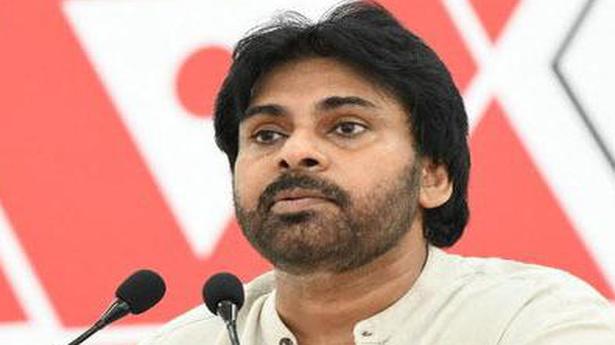 Stating that about 35 lakh building workers have been deprived of their livelihood due to the sand scarcity in the past several weeks, Mr. Kalyan, in the letter, listed out 18 reasons that led to the sand crisis in the State and also 18 recommendations to ease out the scarcity.

There was no response from the State government to the long march held by the Jana Sena Party and protests by other parties towards safeguarding the welfare of construction workers in the State, he said.

Mr. Kalyan asked the Governor to intervene and direct the State government to respond to the crisis.

Yanamala lashes out at CS

Around 20 cops in Amritsar show symptoms of intoxication-related diseases