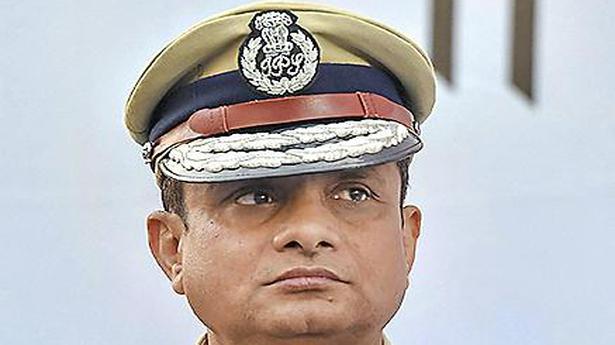 The vacation bench of the court granted him a month’s protection from June 10, when the court will reopen after summer break, and directed Mr. Kumar to deposit his passport within 24 hours of the passing of the order.

The former Kolkata police chief has also been asked to cooperate with the CBI investigation into the multi-crore chit fund case, while recording his attendance with an officer of the probe agency every day at 4 pm.

Justice Pratik Prakash Banerjee ruled that the petition will appear before a regular bench on June 12 after the court reopens following a summer vacation.

Mr. Kumar moved the Calcutta High Court Thursday, seeking quashing of the CBI notice served on him over alleged suppression of facts in the Saradha chit fund scam case.

The Central Bureau of Investigation (CBI) had served a notice on Mr. Kumar asking him to appear before it for assisting the investigation into the case.

Mr. Kumar, a former commissioner of Kolkata Police, was appointed ADG, CID, by the Mamata Banerjee-led government before the Lok Sabha elections.

He was, however, removed by the Election Commission during the poll process and was attached to the Home Ministry in New Delhi.

The state government reinstated him following the withdrawal of the model code of conduct.

The Supreme Court had last week dismissed a plea of Mr. Kumar seeking extension of protection from arrest in the multi-crore chit fund scam case.

A vacation bench of the apex court, headed by Justice Arun Mishra, said Mr. Kumar can approach the Calcutta High Court or a trial court here for seeking relief in the case.

In January, the Centre and the state government had faced an unprecedented standoff after a CBI team, which reached the residence of Mr. Kumar for questioning, had to retreat following police intervention.

Chief Minister Banerjee came out in Mr. Kumar’s defence and launched a sit-in to protest in the city against the Centre’s move.

On February 5, the Supreme Court had prevented the agency from any coercive action against Mr. Kumar, while directing the former police commissioner to appear and co-operate in CBI questioning at a “neutral place”. He was questioned by the CBI for nearly five days in Shillong from February 9.

Mr. Kumar, who was appointed Commissioner of Police at Bidhan Nagar Police Commissionerate in 2012, had served as the head of the Special Investigation Team (SIT) which probed the ponzi scams before the CBI took over.

Last month, the CBI had told the Supreme Court that Mr. Kumar’s custodial interrogation was necessary as he was not cooperating in the probe and was “evasive” and “arrogant” in answering the queries put to him.

As part of the ₹2,500-crore scam, the Saradha group of companies duped lakhs of customers, promising higher rates of returns on their investment, the agency said.

Similar modus operandi was adopted by other ponzi companies like Rose Valley operating in West Bengal, Odisha and north eastern states where gullible investors were duped, it added.

The Bharatiya Janata Party (BJP) made major changes to its organisational structure on Tuesday by appointing Revenue Minister Chandrakant Patil as head of the State unit of the party. It also appointed Malabar Hill MLA and founder of the real estate Lodha Group, Mangal Prabhat Lodha, as the Mumbai unit chief in place of Ashish […]

Activists call for demolition of structure near Kabini backwaters

Chief Minister B.S. Yediyurapa on Tuesday issued an order for the establishment of Karnataka Veerashaiva-Lingayat Development Corporation (KVLDC) for all-round development of the politically influential community in the State. Mr. Yediyurappa, who belongs to the community, ordered the formation of the corporation following pressure from legislators belonging to the community. A group of legislators and […]