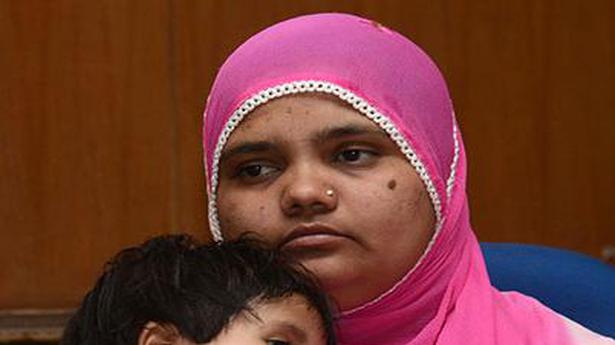 The Supreme Court on Tuesday ordered the Gujarat government to pay 2002 communal riots victim Bilkis Yakoob Rasool Bano ₹50 lakh as compensation, a government job and housing in the area of her choice.

A Bench led by Chief Justice of India Ranjan Gogoi ordered the government to pay her the compensation in two weeks.

The court said Ms. Bano was a witness of the “devastation” of her family. It noted how her infant daughter was “smashed” against the wall in their house before her very own eyes. Ms. Bano was pregnant when she was gang-raped by a mob, which also killed seven members of her family at Randhikpur village near Ahmedabad on March 3, 2002.

Chief Justice Gogoi observed that there was no point looking at the past and pointed out that the need of the hour was to rehabilitate the victim who, according her lawyer, is living a nomadic hand-to-mouth existence, having lost all.

The arguments in the court should focus on the compensation to be paid to her. “In today’s world, money is the best healer. We do not know whether it can heal all, but what else can we do for her… Ask for whatever compensation you want and we will pass orders accordingly,” Chief Justice Gogoi said.

When Gujarat counsel Hemantika Wahi tried to intervene, the Chief Justice turned to her saying, “you are lucky, we are not observing anything against you… How many years has this case been pending?”

The court also ordered the Gujarat government to withdraw the pension benefits of three police officers involved in the case.

The Bombay High Court had upheld the life imprisonment of 11 persons accused in the Bilkis Bano gang rape case.

For the past nearly two decades, Ms. Bano had taken up the matter with the local police, an NGO, the CBI and the courts to get justice for herself.

India on Sunday rejected as “irresponsible and preposterous” Pakistan Foreign Minister Shah Mahmood Qureshi’s comments that India was planning to attack Pakistan again between April 16 and 20. In a strongly worded statement, External Affairs Ministry spokesperson Raveesh Kumar said the comments by the Pakistani Foreign Minister were aimed at whipping up war hysteria in […]

Traffic on the Gap Road stretch of the Kochi-Dhanushkodi National Highway will be temporally resumed on Wednesday morning. The decision was taken after an expert team from the National Institute of Technology, Calicut, (NIT-C) on Tuesday inspected the landslip area on the Gap Road stretch where a spring was detected while removing the debris recently. […]

Cattle and poultry farmers have sustained heavy losses in the floods that hit central and northern districts of the State during the past week. The State’s animal husbandry sector has reported losses to the tune of ₹15.17 crore. As many as 148 cows and 87,937 chicken were killed in the floods and landslips that hit […]