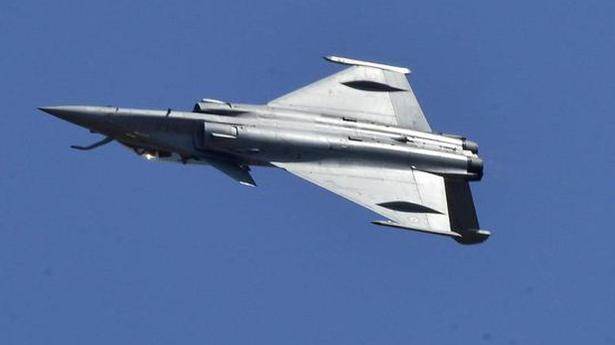 In an unanimous judgment, the Supreme Court on Wednesday decided to hear the Rafale review petitions on merits on the basis of several documents published in the media, including The Hindu, on disparity in pricing details of the 36 jets deal, objections raised by the Indian negotiating team about parallel negotiations conducted by the Prime Minister’s Office, among others.

The Bench led by Chief Justice of India Ranjan Gogoi dismissed the preliminary objections raised by the Centre claiming privilege over the Rafale documents and projecting the publication of the Rafale documents as part of a conspiracy following the leak of these defence purchase records from the Ministry of Defence.

Attorney General K.K. Venugopal submitted that the review petitions were based on “stolen” Rafale documents which are not admissible in evidence.

“We deem it proper to dismiss the preliminary objections to hold and affirm that the review petitions will be adjudicated on their merits on the basis of the relevance of the three documents whose admissibility was questioned by the respondents (government),” Chief Justice Gogoi read out the operative portion of the judgment that he and Justice S.K. Kaul wrote.

Chief Justice Gogoi added that Justice K.M. Joseph has also concurred with them in a separate judgment.

“He has also reached the same conclusion but in a different manner,” Chief Justice Gogoi said. The dates of hearing the review petitions will be fixed later, the CJI said.

Now, the review petitions would be examined anew on the basis of the documents published by The Hindu and produced by the petitioners as part of the court record.

The case was reserved on March 14. The review petitions were filed against a December 14, 2018 judgment of the Supreme Court upholding the 36 Rafale jets deal.

The government wanted the court to refrain from examining the documents, which have already been published in the media, on the Rafale purchase. It claimed the documents were unauthorised photocopies from the originals kept in the Ministry of Defence and sneaked into the public domain.

The government said national security was at stake and the leak of the documents amounted to offences under the Official Secrets Act.

The Centre had explained that the disclosure of Rafale prices had upset a “solemn undertaking” given to France to keep the price of the jets a secret.

But Justice Joseph had countered the government version by drawing the latter’s attention to asked the Right to Information Act (RTI) of 2005. The judge said the information law has revolutionised governance and overpowered notions of secrecy protected under the Official Secrets Act (OSA) of 1923.

On the last day of hearing, Justice Joseph made Mr. Venugopal read out Section 22 of the RTI Act, which declared RTI to have an “overriding effect” over OSA. Then Section 24, which mandates even security and intelligence organisations to disclose information on corruption and human rights violations. Finally, Section 8(2), which compels the government to disclose information “if public interest in disclosure outweighs the harm to protected interests.”

Mr. Venugopal had defended that defence purchases dealt with the security of the State, which “supercedes everything else.”

To this, Justice Joseph had said “the Parliament has passed the RTI Act in 2005 and brought about a complete revolution, a complete change, let us not go back to what it was.”

As the court finally wrapped up the hearing, review petitioner and former Union Minister Arun Shourie, who was accompanied by his former colleague Yashwant Sinha, said the government’s claims that the Rafale documents were stolen proved that they were genuine.

At a time when the prices of cash crops such as rubber, pepper, and coffee declined drastically, areca nut cultivation was the mainstay for many a farmer in the State. But various afflictions, climate change, and a sharp fall in price of the produce have fuelled the farmers’ worries. The spot price of white areca […]

One who doesn’t fight injustice in country will be judged a coward: Priyanka Gandhi